Can bonuses for loyalty really add value in the gaming industry?

For more than two decades, Caesars Entertainment (CZR) has been trying to convince investors that a loyalty program is a big value adder for the company. The Total Rewards loyalty program was one of the reasons private equity firms acquired the company in 2006, reasoning that a large database of customers would allow the company to draw in the most profitable customers. But after Caesars went through bankruptcy, the loyalty program seemed a little less valuable.

This month, Caesars is launching a new program called Caesars Rewards, which rebrands Total Rewards, hoping to give the program a boost. Now that Caesars is out of bankruptcy and is expanding around the world, it's time the company's rewards program got a fresh look. 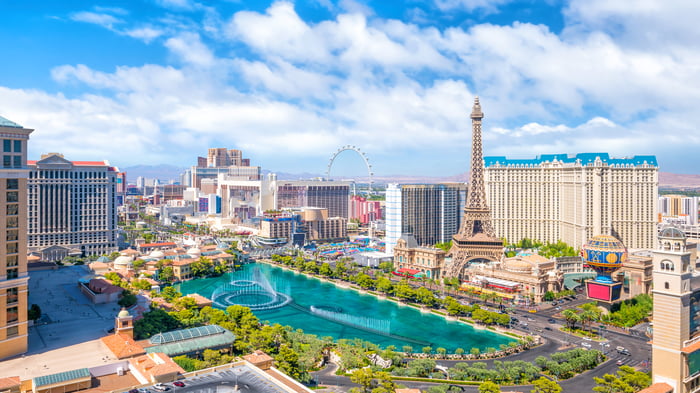 Caesars is pulling the 55 million people already in Total Rewards into the Caesars Rewards program and making it a more holistic offering. The press release announcing Caesars Rewards said:

Additionally, both gaming and hospitality Caesars Rewards members earn credits through slot and table play, hotel stays, dining, entertainment purchases, shopping, spa treatments, golf and much more that can be redeemed for even more of their favorite experiences and amenities at more than 45 Caesars resorts and casinos around the world.

Casino companies used to care about gamblers only, offering free hotel stays and meals to people who spent a lot of time at the tables. Now that more than half the revenue coming into Caesars Entertainment is from sources other than gaming, it makes sense to focus on that aspect of spending.

The biggest change over the original Total Rewards program is Caesars' move into hotels without gaming. The company is developing two resorts in Dubai and one in Mexico with hopes of becoming a big hotel brand worldwide. Rewards can be earned and used in these resorts as well. The announcement added:

Through the new Caesars Rewards loyalty program, members will have access to new ways to earn complimentary hotel stays, including international stays at Caesars' newest luxury resorts in Dubai. Members will also have new access to special events such as private New Year's Eve parties throughout the U.S., golf outings with celebrities, famed sporting events and much more through Caesars Rewards partners.

If successful, Caesars Rewards could create a network of millions of consumers who can travel worldwide and earn rewards with Caesars Entertainment.

Rewards programs are becoming increasingly important for casinos and hotel operators, even in Las Vegas. Consumers can easily book at any hotel on the Las Vegas Strip with Expedia's Hotels.com and Travelocity, Booking Holdings subsidiary Priceline, or any number of discount sites. Caesars would much rather customers stay within the Caesars family for all of their trip to Las Vegas.

Outside of Las Vegas, the competitive environment is even stronger. Dubai, Mexico, and regional gaming locations all have dozens or hundreds of competitors where guests can book. If Caesars makes staying within the network even a little more attractive, it's a big win long term.

While Caesars Rewards is a notable program for investors and is a necessary tool for management, I don't think it will give the company a meaningful advantage in Las Vegas or around the world. Its biggest competitor, MGM Resorts, is taking a similar expansion strategy in nongaming and has just as big a presence on the Las Vegas Strip.

Where Caesars could take share is from companies with a smaller presence in Las Vegas, like Wynn Resorts or Las Vegas Sands. If customers choose Caesars over these properties to get rewards, it'll be a nice incremental win. But the gains will be just incremental, and Caesars' previous bankruptcy shows that having a big rewards program won't by itself add value for a gaming company. So, don't buy into rewards as a great investment thesis, because it hasn't worked before.