Please ensure Javascript is enabled for purposes of website accessibility
Log In Help Join The Motley Fool
Free Article Join Over 1 Million Premium Members And Get More In-Depth Stock Guidance and Research
By Danny Vena - Oct 21, 2017 at 10:34AM

Public outcry and congressional concerns have given Mattel second thoughts about Aristotle.

Voice-activated smart speakers are all the rage. Though the category only debuted with the 2014 release of the Echo by Amazon.com, Inc. (AMZN 3.15%), growth in the segment has been staggering. Futuresource Consulting reports that smart speakers make up one of every three shipments of home audio equipment, with growth of 710% in the first quarter of 2017.

It was not surprising then that toy maker Mattel, Inc. (MAT -1.12%) would want to create an entry geared toward children. The company announced at the Consumer Electronics Show earlier this year that it would introduce the Aristotle, a smart speaker and baby monitor specifically designed with kids in mind.

However, the public objected almost immediately and Mattel has canceled plans to release the device amid outcry from parent groups, child advocates, and even several members of Congress. 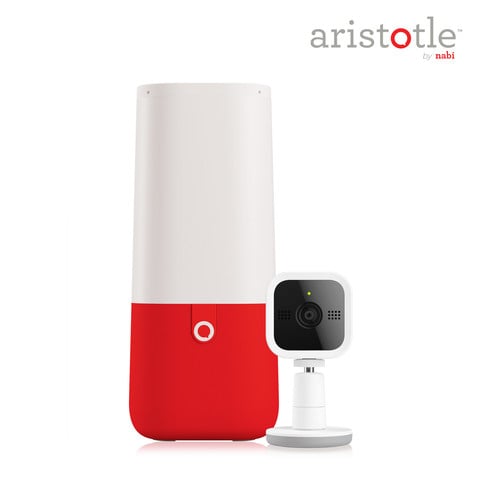 Aristotle was a multifunctional speaker that was designed to replace several devices and evolve as a child grew. It functioned as a baby monitor that could be programmed to use soft music or lighting to soothe a crying infant, and live-stream encrypted video to a parent's smartphone. It could also help parents keep track of feedings, remind them to buy diapers, and even order supplies from participating retailers.

The voice-recognition feature was specifically designed to understand the requests of a child, even those uttered by a toddler. The device could tell bedtime stories, host sing-alongs, and teach ABCs.

Mattel said that Aristotle would feature state-of-the-art artificial intelligence (AI) that would improve over time, using Microsoft's virtual assistant Cortana for web searches. The device would also sport 256-bit encryption to allay any concerns about user privacy. For child advocates, however, that simply wasn't enough.

Pediatricians, child-privacy advocates, and lawmakers all raised objections to the device. Experts in the fields of child development, education, and privacy sent a letter to Mattel CEO Margaret Georgiadis, stating that "[y]oung children shouldn't be encouraged to form bonds and friendships with data-collecting devices." The group raised concerns about the effect on childhood development, and opposed the practice of marketing to children. The letter was accompanied by a petition, which had garnered more than 15,000 signatures, asking Mattel not to release Aristotle.

Several politicians also got into the act. U.S. Sen. Edward Markey (D-Mass.) and Rep. Joe Barton (R-Texas) sent a letter to Mattel with questions on data-gathering practices. In the end, the attention of lawmakers and the public outcry seemed too much for the toy maker and it scrapped plans to sell the device. In a statement to The Washington Post (subscription required), the company announced its decision "not to bring Aristotle to the marketplace as part of an ongoing effort to deliver the best possible connected product experience to the consumer" and that the device did not "fully align with Mattel's new technology strategy."

Mattel has been struggling in the wake of falling sales of several of its flagship products. In its most recent quarter, the company reported revenue that grew to $974.5 million, up 2% over the prior year, while its operating loss quadrupled year over year to $49 million. Earlier this year, the company slashed its dividend and has been working to invigorate its core products with technology, adding online and digital content, while expanding its international presence.

With Aristotle on the chopping block, it looks like the company will have to find another way to spark a turnaround.