Can the new payment service put a dent in Apple's lead?

Alphabet ( GOOG -0.13% ) ( GOOGL -0.12% ) subsidiary Google announced in May at its annual I/O developer conference that it was working on a new payment service for mobile devices. The search giant is now launching its Pay with Google service, which promises to streamline the payment process.

Pay with Google is different from Android Pay, Google's contactless mobile payment technology for Android devices that can be used at retail locations. Users will be using credit or debit cards already stored in their Google account to pay, and payment information like shipping addresses will be automatically transmitted. Developers can integrate Pay with Google directly into mobile apps as well as mobile websites. The new service is comparable to Apple's ( AAPL 2.50% ) Apple Pay on the Web, which launched last year. 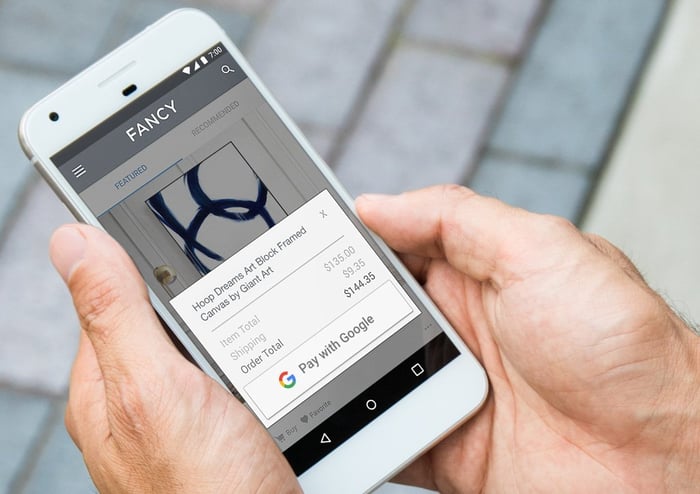