Fiat Chrysler Automobiles (FCAU) said its adjusted operating profit rose 17% in the third quarter, to 1.76 billion euros, on improved profitability in its critical North America region and gains in Europe and Latin America.

FCA's third-quarter revenue fell 2% from a year ago, to 26.4 billion euros. Both profit and revenue were roughly in line with the average estimates from Wall Street analysts polled by Thomson Reuters. 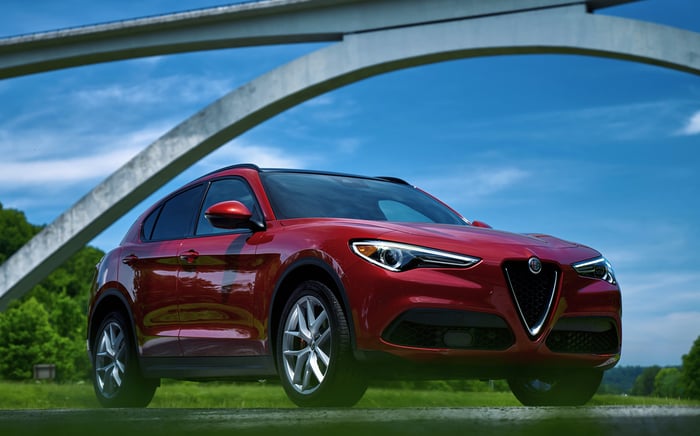 That's an important improvement. FCA has sought to close the profitability gap between it and its old Detroit rivals in North America. It's getting closer: FCA's third-quarter margin was close to the 8.3% margin that rival General Motors (GM 1.56%) posted in North America in the third quarter. (Ford Motor Company (F 2.27%) will report its third-quarter results on October 26.)

In Europe, FCA's adjusted EBIT of 127 million euros was a 22% improvement over its year-ago result. Adjusted-EBIT margin of 2.6%, while still low, was up from 2.1% in the third quarter of 2016. Commercial-fleet sales were down, but good results for the all-new Jeep Compass and Alfa Romeo Stelvio SUVs helped. 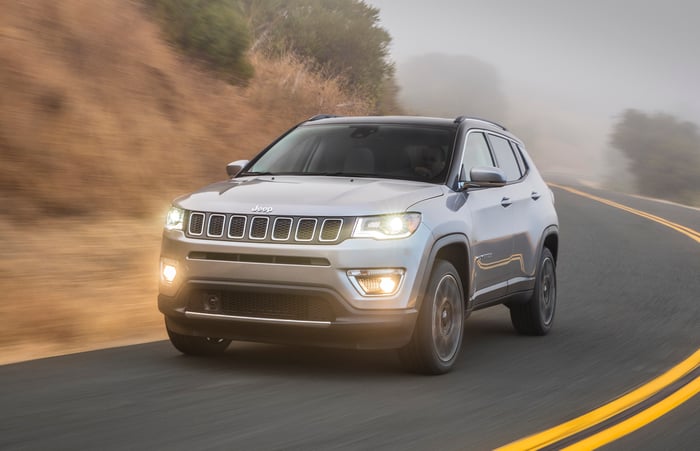 FCA's Latin America unit earned 59 million euros on an adjusted-EBIT basis, an improvement over a 16-million-euro loss a year ago. Shipments rose 26%, and revenue climbed 42% to 2.1 billion euros. The story here is simple: Major economies in the region are improving.

FCA's Asia Pacific and China unit earned 109 million euros in adjusted EBIT, up from 21 million euros a year ago. Shipments rose 8% to about 66,000, but revenue fell 9% to 782 million euros on unfavorable exchange-rate effects. Higher production of Jeeps and Alfa Romeos in China helped; lower imports of Jeeps to China offset the gain to some extent. 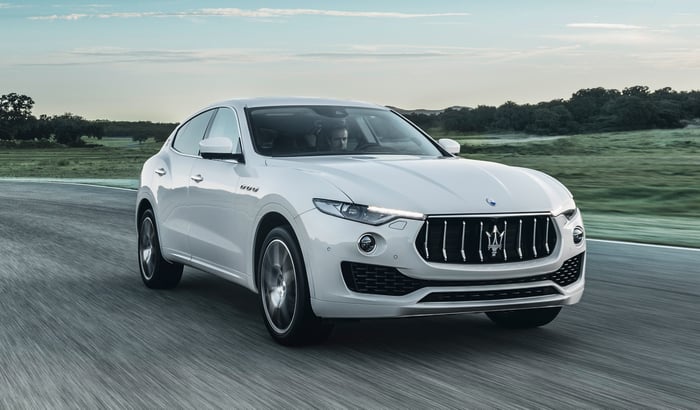 FCA's Components unit, which includes its Magneti Marelli, Comau, and Teksid parts subsidiaries, generated 127 million euros in adjusted EBIT, up 13% from a year ago, on a 1% increase in revenue (to 2.4 billion euros) and an increase in EBIT-adjusted margin to 5.3% from 4.7% in the third quarter of last year. FCA credited the profitability gain to improvements in manufacturing efficiency at Magneti Marelli.

Looking ahead: FCA confirmed its prior full-year guidance

As it did in the second quarter, FCA once again confirmed its prior guidance for the full year. It still expects: