Please ensure Javascript is enabled for purposes of website accessibility
Log In Help Join The Motley Fool
Free Article Join Over 1 Million Premium Members And Get More In-Depth Stock Guidance and Research
By Todd Campbell - Oct 25, 2017 at 8:01AM

The company's facing an increasingly competitive market for its best-selling drugs.

Biogen (BIIB 3.28%), one of the world's leading biopharma companies, generates billions of dollars in sales every quarter. But I'm increasingly concerned that headwinds facing its top-selling multiple sclerosis drugs will weigh down sales growth in the future. Can Biogen overcome this risk to its revenue?

The MS drug market is worth $20 billion annually, and Biogen is the Goliath in the market, with a 38% market share. 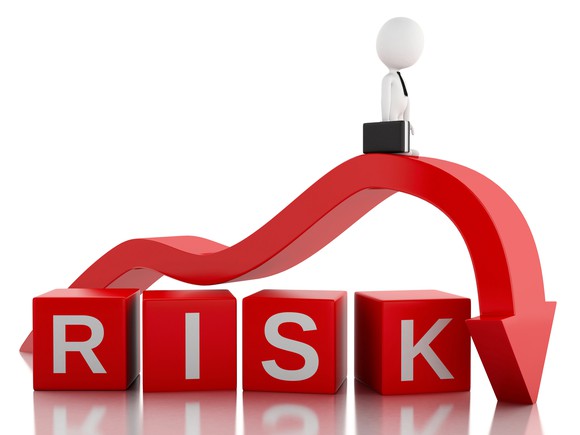 The company's top-selling MS drugs include the long-standing injection-drugs Avonex and Tysabri and the top-selling oral MS drug, Tecfidera.

Doctors have been switching patients to oral drugs for years, and that's caused Avonex's sales to decline. FDA approval of Plegridy, a longer-lasting formulation of Avonex, and Tecfidera's status as the most commonly used oral drug have insulated Biogen's MS market share so far, but competition is stiffening, and that's creating risk.

In the third quarter, Tecfidera's sales inched up only 3% year over year to $1.07 billion, and its growth was more than offset by declines in Avonex, Plegridy, and Tysabri. As a result, revenue in Biogen's legacy MS franchise fell 1.8% from last year to $2.24 billion in the quarter.

Biogen's reliance on Tecfidera is concerning, because Tecfidera could face new competition next year from Celgene's (CELG) ozanimod, an oral MS drug that posted arguably best-in-class safety in trials. Celgene expects to file for FDA approval of ozanimod soon, clearing the way for an FDA decision in 2018.

What could offset MS revenue risk

Biogen's also making a push into the biosimilars market through a partnership with Samsung BioLogics. The two companies' joint venture, Samsung Bioepis, is developing copycat alternatives to some of the world's best-selling biologics, and in Q3, Biogen's biosimilar sales totaled $101 million, up 229% from Q3 2016. Samsung Bioepis recently secured an OK in the European Union for its Humira biosimilar, and a launch next year could give biosimilar sales a nice boost because Humira is the world's best-selling drug, with over $16 billion in global sales.

The company's also racking up solid sales from Spinraza, a drug that treats spinal muscular atrophy (SMA) patients. SMA is a rare disease, but premium pricing and limited treatment options translated into third-quarter sales of $271 million.

What investors need to watch

Biogen's Alzheimer's disease R&D is its biggest wild card. There's a massive need for new Alzheimer's disease treatments, and aging baby boomers mean the addressable market is growing. If aducanumab's studies succeed, then it has a very good shot at becoming a multibillion-dollar-per-year drug. However, phase 3 trials are still recruiting patients, and the estimated primary completion date for these trials isn't until 2020, according to clinicaltrials.gov, so it will be a while before we know if aducanumab works.

In the meantime, Biogen shareholders will need to keep close tabs on MS revenue trends to see if Biogen's legacy MS drugs can find their footing. If they do, then Ocrevus royalties, biosimilars, and Spinraza could offset the MS revenue risk. If they don't, then Biogen may struggle to continue delivering sales growth, especially if Celgene's ozanimod filing and approval go off without a hitch.