If 2017 ended right now, it would go down as AbbVie's (NYSE:ABBV) best ever. The biotech stock's price has risen a little more than the 50% gains AbbVie made during its first year as a stand-alone company in 2013. AbbVie has enjoyed good news for its current products and its pipeline.

But the year isn't over yet. AbbVie will provide an update on its third-quarter performance on Friday. Will those results allow the company to keep the momentum rolling? Here are five things to watch with AbbVie's third-quarter results. 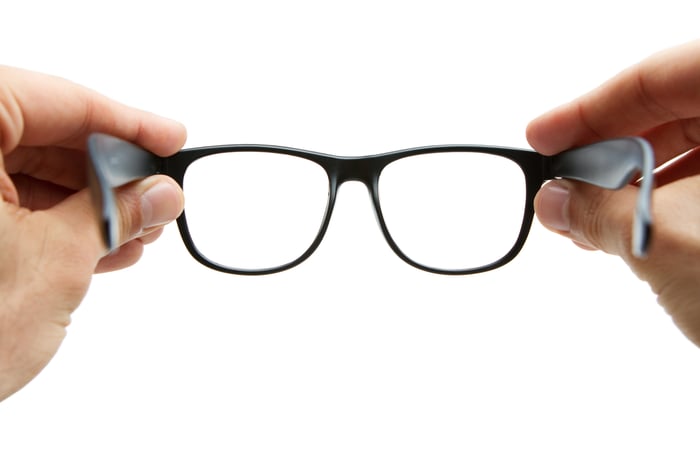 1. How Humira is holding up against competitors

AbbVie calmed the worries of many investors when it announced a deal last month that keeps Amgen's biosimilar to Humira, Amjevita, off the U.S. market until 2023. However, Amjevita isn't the only rival  that AbbVie is keeping its eyes on.

Humira faces competition not only from established autoimmune disease drugs like Johnson & Johnson's (NYSE:JNJ) Remicade but also from biosimilars to these drugs. That shouldn't be a big issue for AbbVie in the third quarter. The company expects U.S sales growth for Humira in the high teens and mid-single-digit percentage growth internationally. Still, with Humira generating over two-thirds of AbbVie's total revenue, even a small blip in sales could loom large.

One factor that could impact AbbVie in the third quarter is foreign currency rates. The U.S. dollar weakened throughout much of the third quarter. A weaker dollar is usually good news for international sales, which represent one-third of AbbVie's total revenue.

On the other hand, as a company with global operations, AbbVie maintains hedges on key currencies. Bill Chase, Abbvie's CFO, stated in July that a falling U.S. dollar could cause gross margin to be lower due to these hedges.

While Humira remains AbbVie's top-selling product, Imbruvica is its fastest-growing drug. AbbVie made $626 million in the second quarter from Imbruvica (including international profits shared with partner Johnson & Johnson), a 43% year-over-year jump.

Look for that growth rate to taper off somewhat in the third quarter to closer to 30%. Imbruvica won Food and Drug Administration approval for first-line chronic lymphocytic leukemia (CLL) in March 2016, so prior-year period comparisons naturally would be stronger against the first full quarter of the drug's launch in the indication. However, there's still plenty of room for Imbruvica to grow sales, especially in the first-line CLL indication where it had roughly 33% market share at the end of the second quarter.

AbbVie won U.S. approval for hepatitis C virus (HCV) drug Mavyret in early August and European approval for the drug (known as Maviret in Europe) in late July. Third-quarter results will only reflect early figures that don't include a full quarter, but they could be quite interesting.

Mavyret is AbbVie's first drug that can treat all major genotypes of HCV. The company also priced the drug attractively. If sales results are surprisingly high for a partial quarter, it could bode very well for AbbVie's fortunes in 2018.

5. How big of a dividend hike

Technically, AbbVie's dividend increase announcements are made separately from quarterly results. However, the company tends to announce its dividend hikes simultaneously with its third-quarter results each year.

Last year, AbbVie boosted its dividend by 12.3%. I expect the company to announce a dividend increase of 12.5% to $0.72 per quarter. If I'm right, that would bump its yield to just above 3%. With sustained growth for Humira and Imbruvica, solid potential for Mavyret, and perhaps additional color on the biotech's promising pipeline candidates, another big dividend hike could be icing on the cake for investors.