Let's take a closer look at the company's results. 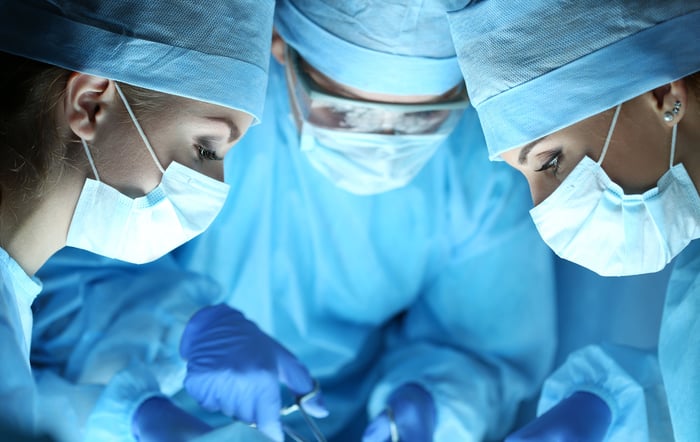 Beyond the financial details, Abiomed also announced that the first patient has been treated with an Impella heart pump in Japan.

CEO Michael Minogue was optimistic about the company's quarterly performance, commenting: "This quarter, we set new records for supporting patients in the U.S. and Germany, and we continue to observe improved clinical outcomes with our education and training initiatives. I am proud of the team's ability to consistently adapt and execute as we transform the standard of care and build the Field of Heart Recovery."

The strong quarterly growth caused management to increase the lower end of its fiscal-year 2018 revenue guidance. The company now expects revenue to land between $565 million to $575 million, which represents growth of 27% to 29% from the prior year.

Turning to profitability, management also increased its fiscal-year guidance for GAAP operating margin. The new range is 23% to 25%, up from its prior outlook of 22% to 24%.

Investors looked upon this better-than-expected report favorably and bid up shares by about 5% following this report.

Looking beyond the short-term price action, Abiomed's results clearly show that its products are winning over healthcare providers both domestically and abroad. Furthermore, the official launch of the products in Japan should enable the company's rapid growth rates to continue for some time.