Please ensure Javascript is enabled for purposes of website accessibility
Log In Help Join The Motley Fool
Free Article Join Over 1 Million Premium Members And Get More In-Depth Stock Guidance and Research
By Leo Sun - Oct 26, 2017 at 8:36AM

The four big studios team up against Netflix, but history suggests that they’re fighting a losing battle.

Disney (DIS -0.03%) could soon add content from 21st Century Fox (FOX), Time Warner (TWX), and Comcast's (CMCSA 1.10%) Universal to its Movies Anywhere service, which stores all of a user's digital film purchases on a single platform that can be accessed across multiple devices.

The House of Mouse has been courting studios for the platform since last year, and the addition of Fox, Warner, and Universal's digital libraries could significantly bolster its mainstream appeal. 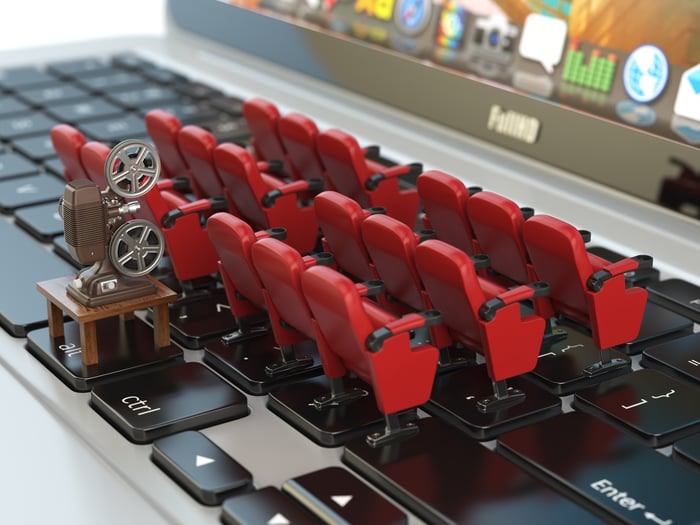 Why does Disney need Movies Anywhere?

Second, when people stream movies, they buy fewer DVDs and Blu-ray discs, which were once a reliable stream of secondary revenue for studios after a film's theatrical run. DVD sales fell over 10% annually during the first half of 2017, according to Digital Entertainment Group. Yet digital sales of movies rose more than 8% during the same period.

Disney recently decided to pull its movies from Netflix by 2019, and began pushing Movies Anywhere as a universal "digital locker" for digital movie purchases. The service was originally launched in 2014 as "Disney's Movies Anywhere" against a rival platform called Ultraviolet.

What does Movies Anywhere do? 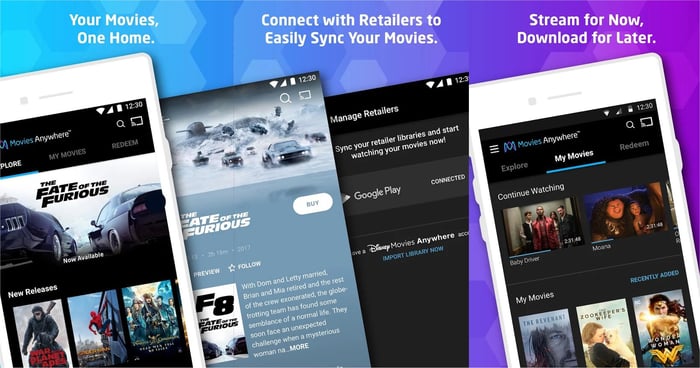 With Fox, Warner, and Universal now on board, the only major holdouts are Viacom's (NASDAQ: VIA) (NASDAQ: VIAB) Paramount and Lions Gate Entertainment. However, Disney's Movies Anywhere offers over 7,300 movies.

Movies Anywhere is a smart way to unify the a la carte digital film market, but it's not really a direct way to counter Netflix, which streams films and shows instead of selling them. To actually challenge Netflix, Disney will launch two new streaming platforms, one for its core Disney properties (first-party content, Star Wars, and Marvel franchises), and another for ESPN.

Together, these three platforms form the crux of Disney's digital push against Netflix -- but history suggests that Disney and other studios could be on the losing side of this battle.

Will history simply repeat itself?

The studios believed that they could either force HBO to pay higher content licensing fees or make their own content exclusive to their pay TV channels. However, HBO continued growing and eventually left Showtime and The Movie Channel in the dust. HBO finished last year with 134 million subscribers worldwide, and its exclusive shows like Game of Thrones and Westworld continue to crush the competition.

Netflix is clearly following HBO's growth strategy by creating a subscription-based platform for premium, ad-free content and producing exclusive content for its viewers. The main difference is the technology. Whereas HBO rose to prominence on the growth of cable TV, Netflix entered the streaming video market before most media companies considered it an imminent threat.

But Netflix now has advantages that HBO didn't have in the 1980s -- its content can be played on demand on almost any connected device, it can use AI and analytics to gauge viewers' preferences, and it's securing a lot of Hollywood talent with its promises of creative freedom. Therefore, Disney and its allies will probably fail to stop Netflix, in the same way studios failed to stop HBO over three decades ago.