Three months after a second-quarter result that showed Norwegian oil and gas giant Statoil (NYSE:EQNR) was starting to turn the corner, the company reported a bump on that road that put it back into the loss column for the third quarter. The underlying reasons for that aren't dire, though, and there were some positives to be gleaned from its recent earnings release. 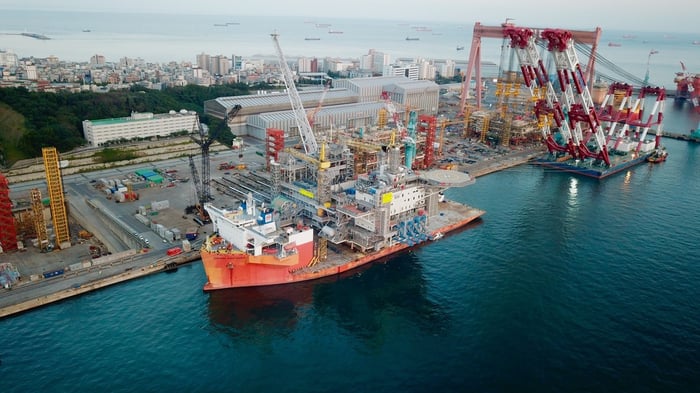 When any company as large and diverse as Statoil reports its results, there is going to be a lot to unpack. But in this case, one figure pops out almost instantly: the surprising decline in net income and cash flow from operations. It especially stands out considering that the prices of oil and gas haven't changed that much over the past two quarters.

The two most significant factors propelling that substantial sequential decline in earnings were a $900 million write-down on its North American assets and a higher tax bill for the quarter. It paid $1.58 billion in taxes compared to Q2's tax bill of $1.12 billion. Were it not for these charges, Statoil would have solidly been in the black in Q3.

On top of the write-down, Statoil's international business segment continues to be its weakest performer. Equity and entitlement production was down 5% and 8%, respectively. The company was able to make up for some of that poor performance, though, with better results from its Norway exploration and production, and its downstream operations. 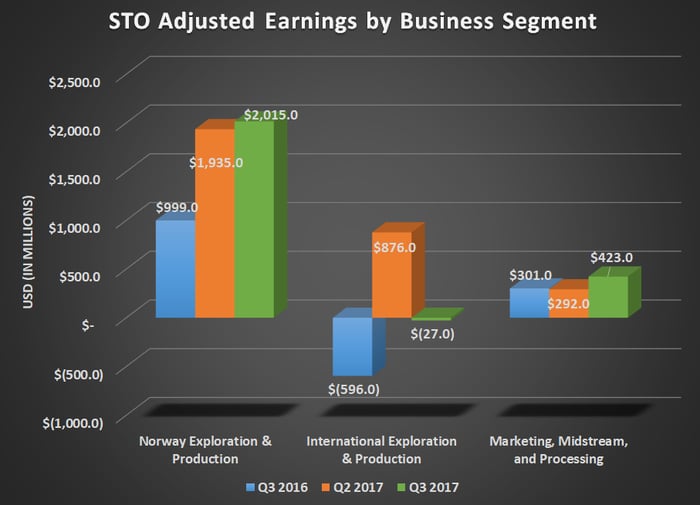 Cash flow, or the lack thereof, has been a problem for integrated oil companies lately. So in his prepared remarks, CEO Eldar Saetre made a point of noting that his company is producing more than enough cash flow to cover its obligations:

Our solid earnings and underlying cash flow from operations are driven by good operational performance with high production and continued efficiency improvements. In the quarter, we delivered 15% production growth and 11% reduction in underlying operating cost per barrel. In addition, we see strong contribution from our liquids trading and refining business.

With an oil price below $52 per barrel, we have generated $3.6 billion in free cash flow so far this year, based on good contributions from all business segments. This has further strengthened our financial position.

Statoil's Norway operations are to be admired, but it's apparently still struggling to turn a profit when it gets away from its home waters. Hopefully, in the coming quarters, management can find a way to get its international business in order. If it can, then we could see even better cash flows at $50 a barrel than we already have today. If it can't, though, the company could wind up carrying a lot of dead weight around for a while, which will drag on bottom-line results.