More specifically, Buffalo Wild Wings' revenue climbed a modest 0.5% year over year to $496.7 million, and translated to a 10.7% decline in adjusted earnings to $21.2 million. Thanks to stock repurchases over the past year, adjusted earnings per share increased just 5.4% to $1.36. By comparison, consensus estimates predicted the company would post significantly lower adjusted earnings of $0.79 per share on slightly higher revenue of $502 million. 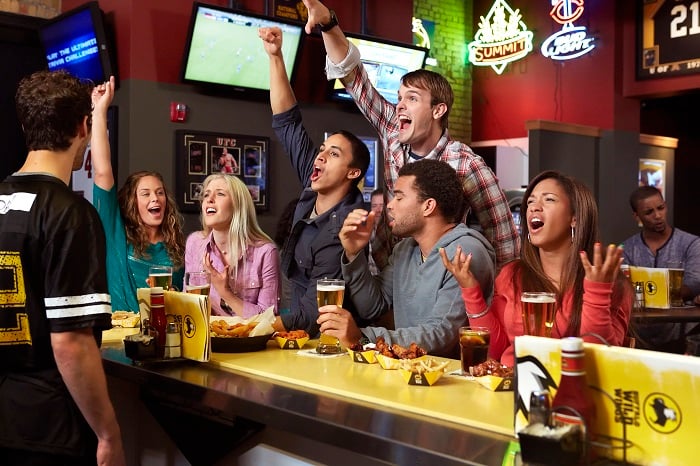 Buffalo Wild Wings' top-line growth was driven entirely by new locations; same-store sales fell 2.3% and 3.2% at company-owned and franchised locations, respectively. But on the heels of last quarter's enormous earnings shortfall in this difficult casual dining environment, B-Dubs' focus this quarter was primarily on stabilizing the business through cost savings and efficiency initiatives. Among those was an abrupt shift in its most popular promotion away from expensive traditional wings and toward the alternative boneless variety.

Our teams are executing on the cost initiatives of our fiscal fitness program and we exceeded our goal in the third quarter. These savings helped deliver adjusted income from operations above our expectations. The recent Tuesday promotion shift from traditional to boneless wings at company-owned restaurants will continue to improve cost of sales while traditional wing prices remain elevated. Combined with our cost savings initiatives and service excellence focus, we are optimistic these actions will deliver an improving bottom line.

Given its progress so far, Buffalo Wild Wings now expects same-store sales this year to decrease roughly 1.5%, narrowed to the midpoint of previous guidance for a decline of 1% to 2%. That should translate to adjusted earnings per diluted share in the range of $4.85 to $5.15, marking a significant increase from previous guidance of $4.50 to $5.00.

That doesn't mean Buffalo Wild Wings is completely in the clear, as the company still has work to do on the sales front. But given its significantly improved bottom line, it's no surprise to see Buffalo Wild Wings stock climbing today.