The biotech adjusted both 2017 guidance and its long-term 2020 guidance that was originally given in early 2015, although it was the latter that was most concerning.

This year, Celgene is looking for revenue of "approximately $13 billion," which is at the low end of the previous guidance for revenue to fall between $13 billion and $13.4 billion. The lower expectations are due to a decrease in the expected sales of its anti-inflammatory drug Otezla by $250 million to $450 million. Guidance for adjusted earnings was actually moved to the high end of previous guidance, with current expectations to come in at $7.30 to $7.35 per share.

For 2020, Celgene expects product sales between $19 billion and $20 billion, down from previous guidance of more than $21 billion. Hematology sales are expected to be higher than previous expectations, but they can't make up for a sharp decline in inflammation and immunology (I&I) drugs, which were expected to exceed $4 billion, but which Celgene now hopes will fall in the $2.6 billion to $2.8 billion range. The slower Otezla sales plus the loss of GED-0301 in Crohn's disease is clearly hurting the I&I category. Expectations for Celgene's oncology drugs also went down from more than $2.2 billion previously to a range of $1 billion to $1.1 billion. 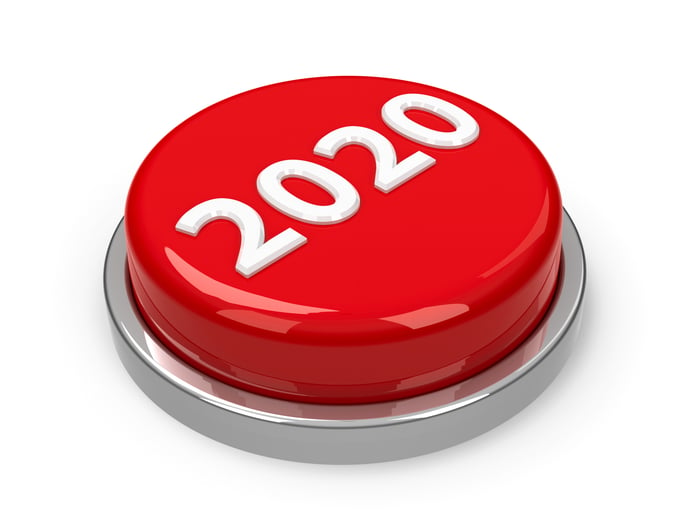 The reduced guidance is certainly disappointing, especially for a company that tends to be conservative, so investors have become accustomed to seeing guidance increased throughout the year.

But even at the low end of guidance, Celgene's management thinks it can grow revenue by 46% from 2017 to 2020; that's 13.5% compounded annually. And adjusted earnings are expected to increase by about 70% over those three years -- a 19.5% compound annual growth rate.

Despite the decreased guidance, those growth numbers don't look too bad. Let's just hope they're based on management's usual conservativeness.