Shares of aluminum maker Constellium NV (CSTM -0.74%) jumped as much as 19.7% in trading Thursday after reporting third-quarter results that topped expectations. At 1:15 p.m. EDT shares were holding a 10.8% gain for the day. 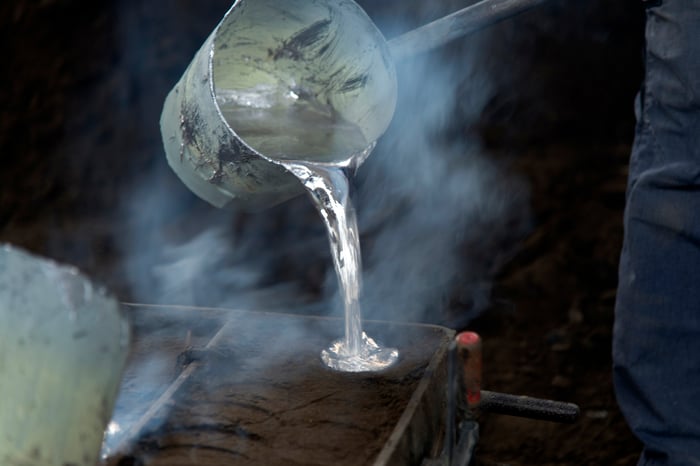 Packaging and automotive products led the charge with a 14% increase in revenue versus a year ago. Management was even confident enough to update adjusted EBITDA growth guidance for 2017 to 13% from a previous guidance of high single-digit growth.

Higher prices for aluminum and lower operating costs are really driving Constellium's recovery in 2017. The cost side is something management has been focusing on in a program called "Project 2019," which has already accounted for 15 million euros of run rate cost savings.

While the company may not be able to do much to control aluminum prices long term, it will ride the wave of higher revenue when it comes. Fundamentally, I don't think the investment thesis of the company has changed because costs are coming down about as expected. But investors are buying into higher earnings from rising aluminum prices right now and that's what may drive shares higher in the near future.