Beware these financial boogeymen that could rob you of thousands.

There aren't many things creepier than an investment that starts out sounding safe and full of opportunity, but ends up leaving the investor in a state of financial shock.

Sadly, that's what happens all too often in these three dark and potentially devastating investment scams. Your money seems safe, until you realize...it's gone. Here's a look at how you can spot these ghastly gimmicks and avoid falling prey. 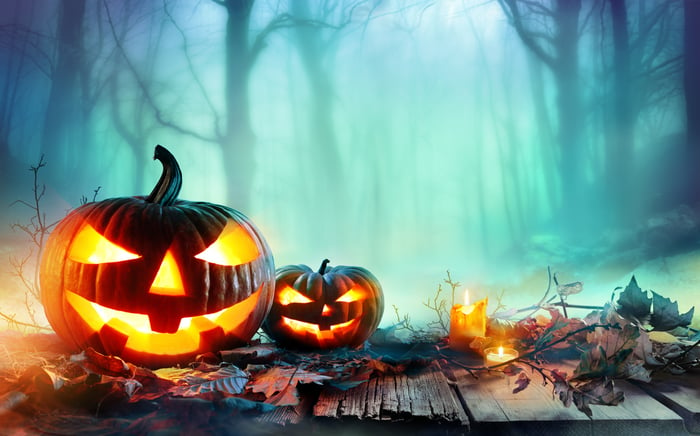 It's hard to get much creepier than to have someone you trust stab you in the back. That's what happens in cases of affinity investment fraud. In this type of scam, you find yourself trusting someone because he or she belongs to a group you identify with, such as your religious or ethnic community, your alumni group, or other form of association. This tends to lower your defenses. You may not perform the due diligence you normally would to check out the person recommending the investment, or the investment itself.

Take the situation of James Gonedes. He served two combat tours in Iraq as a Marine. While there, he formed many enduring bonds and friendships, including with fellow Marine Clayton Cohn. So when Cohn started working as an investment advisor in Chicago after their discharge, Gonedes gladly invested in Cohn's hedge fund business. He eventually gave Cohn almost $400,000 -- money Gonedes had inherited from his late father.

Cohn repeatedly told Gonedes that his investments were doing great. That was a lie. Gonedes lost every penny of his money. And according to the U.S. Securities and Exchange Commission, Cohn used less than half of the funds he collected from his family, friends, and fellow veterans on the trading strategy described in his pitch to investors. Cohn eventually pleaded guilty to criminal charges and, in January 2017, was sentenced to 52 months in prison.

In this type of case, the investor drowns in a bath of false promises and warm words of encouragement. During a boiler room "pump and dump," a smooth-talking ghoul promises to let you in on a "can't-miss" investment opportunity involving a low-priced penny or microcap stock. The more people who buy shares, the higher the share price rises -- until the soulless fraudsters dump their own shares, leaving the rest virtually worthless.

Pitches tend to play off recent trends and events. Today's promotion might aggressively market a company involved in wild-fire prevention, hurricane clean-up, or clean water treatments. Next week, it's a company with a new product promising to take an emerging industry by storm, such as the e-cigarette or legalized-marijuana businesses.

There's a spooky similarity to all of these pump-and-dumps: The stock plummets, and the scammers disappear into the mist.

These scams are scary because they appear to be so real. Scammers (who often claim to be trading experts) start by showing you how easy it is to make money trading binary options. A binary option is a type of options contract in which the payout depends entirely on the outcome of a yes-or-no proposition, such as whether the price of a particular asset will rise above or fall below a specified amount. When the option expires, it makes either a pre-specified amount of money or nothing at all, in which case the investor loses the entire investment.

That's risky enough. But victims of this fraud aren't actually trading real options at all. Unregistered firms claiming to trade binary options set up bogus trading platforms (that seem very real) to make it seem as though a trader is making real trades -- and making real money. You are presented with "phantom riches," an actual term psychologists coined to describe a very real fraud tactic.

Customers who ask for their money back often find their requests denied, or are met with excuses, such as fictitious regulations that require an investor to send more money. If a customer presses hard enough for his or her money back, the con artist disappears -- and so does their money.

To learn how to avoid these and other creepy cases of investment fraud, visit the Protect Your Money area of FINRA.org.