It is earnings season on Wall Street right now, but you can't blame earnings for the sudden collapse in value of General Motors (GM 1.35%) stock earlier today. Instead, it was a negative note from Wall Street banker Goldman Sachs that sent General Motors shares tumbling more than 5% in early trading Monday. 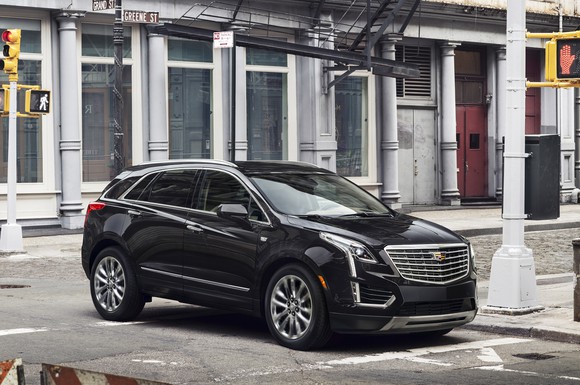 Goldman announced this morning that it was downgrading General Motors from neutral to sell and assigning the $43 stock a $32 price target. The new target implies more than 26% downside from today's prices.

As Goldman explained, U.S. auto sales probably peaked last year at 17.5 million vehicles sold. Goldman believes annual units sold will decline over the next few years, and probably hit their nadir at 15 million units sold in 2020. The analyst further explained that, in Goldman's view, General Motors' reliance on pickup trucks and crossovers to drive profits will result in "volume and mix headwinds" as early as next year. Operating profit margins could drop 22% year over year.

Investors initially reacted to the negative note by selling off General Motors stock, but they quickly rethought that view, and by day's end, General Motors shares had retraced to end the day at only a 2.8% loss.

Why the sudden rethink? Here's one theory: Even after gaining more than 40% in value over the course of the past year, and easily beating the S&P 500's performance, General Motors stock still costs only 7.5 times trailing earnings. With a 5% projected annual growth rate and a 3.4% annual dividend yield, General Motors stock still looks cheap for long-term investors -- no matter what Goldman Sachs thinks about next year.