Please ensure Javascript is enabled for purposes of website accessibility
Log In Help Join The Motley Fool
Free Article Join Over 1 Million Premium Members And Get More In-Depth Stock Guidance and Research
By Rich Duprey - Oct 31, 2017 at 8:19AM

Some of these were once high-flying market darlings. Others are just on the way to even lower levels.

The S&P 500 and the Dow Jones Industrial Average have still been hitting new highs regularly. Voices continue to warn about an imminent collapse, but the indices climb higher regardless. 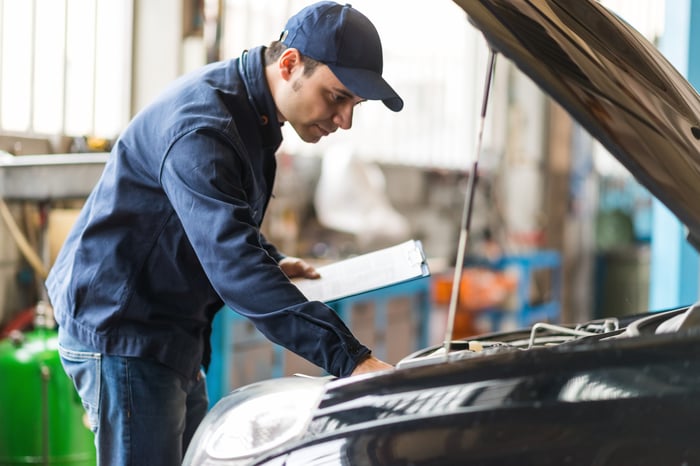 The aftermarket auto-parts market primarily consists of two components: do-it-yourself (DIY), and do-it-for-me (DIFM). Advance Auto Parts (AAP 0.32%) generally falls into the latter camp, with 57% of its revenue coming from the DIFM crowd, whereas industry leaders AutoZone and O'Reilly Automotive lean toward DIY. But all the players are down as milder weather, a dearth of cars in the prime seven- to nine-year range, and lower-income car owners still under financial pressure are causing sales shortfalls. No aftermarket-parts dealer is down more than Advance Auto Parts, particularly as it struggles to implement a turnaround.

Movie-theater operator AMC Entertainment (AMC -0.15%) is being hurt as Hollywood has served up mostly dreck this year. Coupled with on-demand movie streaming options and a Netflix's attempt to change how movies are delivered to the masses, the theater operator is feeling the crunch. It doesn't help that AMC and rivals such as Regal Cinema are raising prices to make up for lower theater traffic, since that will just force more people to avoid going. While it was thought that new experiences such as dine-in theaters would boost attendance, it may be that it's only serving to raise the cost of going out, and AMC is the one bearing the brunt.

Speciality retailer Bed Bath & Beyond (BBBY -5.23%) should have dominated the retail landscape after the demise of Linens N Things, but it was slow to adapt to the changing retail landscape and discounted the threat e-commerce posed. Online sales were almost an afterthought, and it's struggling now to catch up to Amazon.com (AMZN 3.15%) and Wayfair. It's also pursuing a dubious strategy of cobbling together disparate retail concepts under one roof as a means of growing the business. It now owns andThat!, buybuyBaby, Christmas Tree Shops, Harmon Face Values, and Cost Plus World Market, plus online sites One Kings Lane, Of a Kind, PersonalizationMall.com, Chef Central, Decorist, and Linen Holdings. The amalgam of businesses has not done anything to slow its decline. 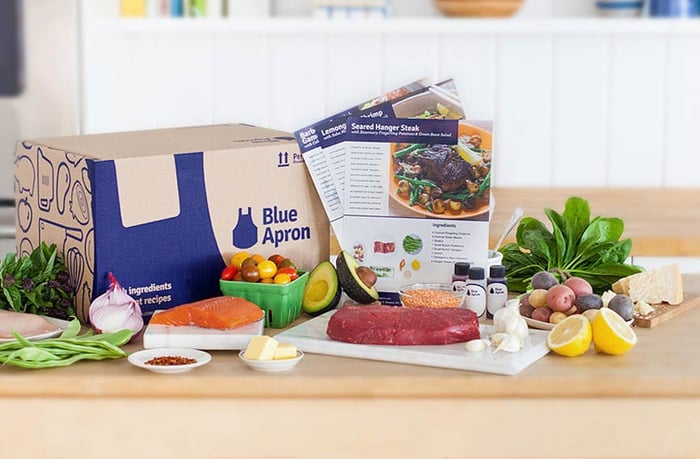 Meal-kit delivery service Blue Apron (APRN 12.64%) stumbled out of the gate with its IPO and has never fully recovered. Amazon's purchase of Whole Foods Market threw it off its gait, as the potential to bring fresh, organic meals to consumers through the use of one of the most widely held delivery services sent Blue Apron's valuation reeling. Now there are plenty of competitors offering similar services, and with little competitive moat to protect it, shares of the meal-kit company are on an inexorable slide lower.

Shares of sneaker seller Foot Locker (FL -0.47%) have been laid low because of the company's overarching dependence on Nike (NKE -1.00%), which suddenly is performing as if it's had its shoelaces tied together. Foot Locker says 68% of the merchandise it purchased last year came from Nike, so its fortunes have fallen along with the leading sneaker seller. Yet not even Nike's stock has suffered as badly as Foot Locker, as Nike's shares are down only 12% from recent highs. The decline probably also represents the risks Foot Locker faces from declining mall traffic, which has led some industry analysts to suggest as much as 1 billion square feet of mall space still needs to be absorbed.

Speaking of malls, operator Pennsylvania REIT (PEI 2.39%) is taking a drubbing from that same trend, which is also seeing tenants reduce their footprint nationwide or moving toward smaller stores when not outright closing them. PREIT is trying to counteract that trend by embracing the enemy. It's installing Amazon Lockers in its malls, pickup points for customers who purchased products on Amazon.com. While that could increase traffic to its malls and potentially benefit tenants as shoppers stay and buy more, it is ultimately undermining those tenants by making it easier for customers to simply buy online and not at the mall.