Emerson Electric got the cold shoulder on its buyout offer today.

Shares of industrial supplier Rockwell Automation ( ROK -0.16% ) jumped as much as 12.7% in trading Tuesday after announcing it has rejected multiple buyout offers from Emerson Electric ( EMR 0.73% ). Shares were halted early in trading so investors could digest the rumors and Rockwell could release an official statement on the rejected offers, but were still trading 5.5% higher at 11:30 a.m. EDT.

Over the past few months, Emerson has made multiple bids for Rockwell, including a $200-per-share offer on Aug. 2 and a $214.50-per-share offer on Oct. 17. Both offers were for half cash and half Emerson stock, but the board of directors didn't think either was sufficient. 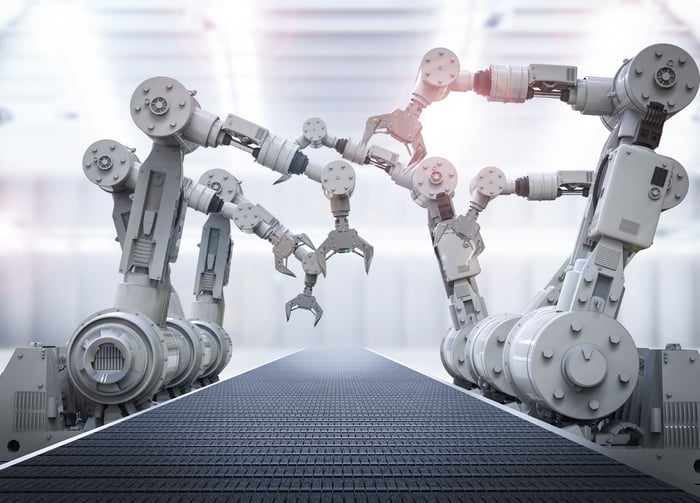 Emerson saw Rockwell as a way to get more exposure to the growing automation business and was willing to pay a big premium from the $165 level shares were trading at in early August. But Rockwell's management sees more upside as an independent company, which has been bolstered by the market's newfound confidence in the supplier.

This now puts the pressure on Rockwell to perform better than investors were expecting this summer because it's giving up a big premium. But that could be a good strategy given the increasing amount of automation in manufacturing and the world more broadly. I don't think shares are cheap at 33 times trailing earnings, but Rockwell is well positioned to profit from industry trends, and management has confidence that there's more upside as a standalone company than as part of another.

3 Stocks to Watch in July