Whole Foods Market announced that it's holding a National Hiring Day Nov. 2, with the goal of hiring about 6,000 workers.The move is another indication of Amazon.com's (NASDAQ:AMZN) aggressive growth ambitions for the country's leading organic grocer. In its own recent earnings release, Amazon reiterated that its goal for Whole Foods is to "pursue the vision of making high-quality, natural, and organic food affordable for everyone."

Apparently, that vision will require many more people, going against the narrative that Amazon will replace Whole Foods workers with robots and automation. Whole Foods has over 450 stores across the country, each of which employs between 50 and 600 people according to the size and traffic of the store.

The company currently employs about 87,000 people, so a new 6,000 would increase headcount by about 14%. Assuming the current store-to-employee ratio remains constant, that's enough staffing for about 50 more Whole Foods stores, or double the 25-store increase (7.1% square footage growth) the company achieved in its 2016 fiscal year.

So, as many have predicted, it looks as though Amazon is stepping on the accelerator with respect to Whole Foods' physical footprint.

The expansion of Whole Foods is a point of debate among investors. Amazon has long had ambitions in the grocery business, but it has so far failed to achieve significant market share. That's because of the perishable nature of fresh produce, as well as consumers' desire to see, touch, and smell fresh products in person. 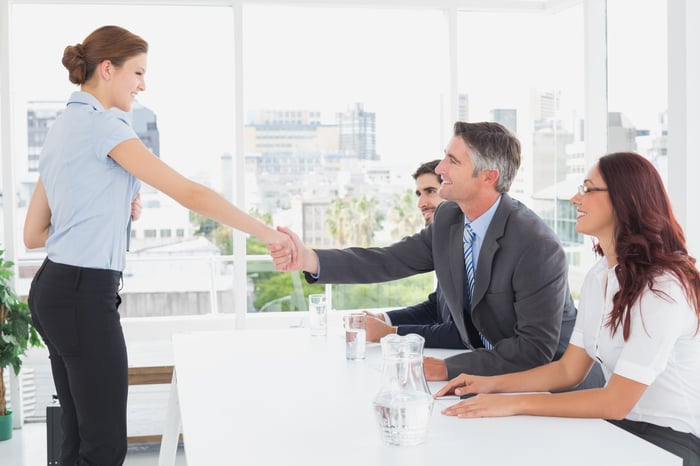 I believe it's going to be a combination of all of these things. Amazon already lowered prices on select items at Whole Foods this summer, and while that led to an initial 31% traffic spike, the traffic lift moderated to a mid-single-digit increase just a few weeks later. However, Amazon is known for being very experimental and innovative, and you can bet the company will continue to find new ways to lower the overall cost of goods at Whole Foods beyond the initial August price cuts.

In addition, Amazon recently unveiled Amazon Key, a tool by which consumers can allow Amazon delivery workers to enter their home while they can watch from afar with the new Amazon Cloud Cam. The use of Key could eliminate a large barrier to increased grocery delivery. While fresh produce is not a good product to be left on your doorstep, having fresh food delivered directly to the refrigerator could certainly work.

Amazon was also recently reported to be in talks with Phrame, the maker of a smart license plate product. Phrame allows access to a secured box attached to the license plate containing car keys inside, which can be unlocked remotely with a smartphone app. The offering would enable consumers to allow a verified Amazon delivery person access to a car trunk.

With Key and Phrame, Amazon is looking to break down all barriers -- literally and figuratively -- to customers' homes and cars. By removing this friction, Amazon believes more and more people will order more and more goods from the e-commerce giant. Combine these innovations with supply chain improvements and lower prices at Whole Foods, and it certainly seems as though organic food could become the star in Amazon's next leg of growth.