The e-commerce platform's torrid growth continued in the third quarter.

Every 90 seconds, an entrepreneur makes their first sale on Shopify's (SHOP 8.52%) platform. And with more people launching their own businesses every day, the multi-channel commerce company is enjoying booming demand for its services, as evidenced by its strong third-quarter results. 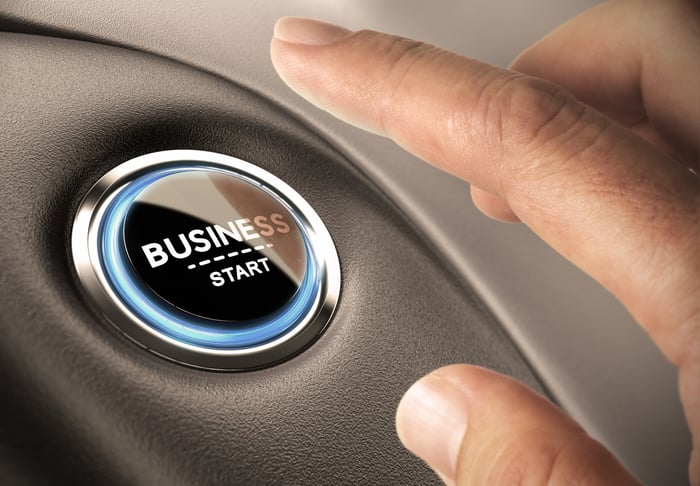 Revenue soared 72% year over year, to $171.5 million, as entrepreneurs continue to flock to Shopify's platform.

"In today's fast-changing retail environment, merchants large and small are hungry to leverage all that technology can do for them," CFO Russ Jones said in a press release. "This is why our platform is so valuable to merchants and why they keep coming to Shopify."

Subscription revenue rocketed 65% higher, to $82.4 million, fueled by a 65% jump in monthly recurring revenue (MRR) -- the number of merchants times the average subscription fee -- to $26.8 million. Notably, Shopify Plus -- the company's high-end enterprise-level service -- accounted for 20% of MRR, up from 15% in the year-ago quarter.

Meanwhile, merchant solutions revenue -- which includes Shopify's payments and shipping services -- surged 79%, to $89 million. That was driven primarily by a 69% rise in gross merchandise volume (GMV) -- which represents the total dollar value of orders processed on Shopify's platform -- to $6.4 billion. And gross payments volume, the amount of GMV processed through Shopify Payments, increased to $2.4 billion, though that represented 37% of GMV compared to 39% in the prior-year period.

"As we move into the busiest selling period for our merchants, we are ready to help them have their best selling season ever, and we look forward to helping new merchants realize their potential," Chief Operating Officer Harley Finkelstein said during a conference call with analysts. "At Shopify, we strongly believe that entrepreneurship is the foundation of the global economy, and it's not easily done alone."

Shopify is serving as the technological core of hundreds of thousands of small -- and increasingly large -- businesses, so it's particularly well positioned to benefit from the growth of entrepreneurship and e-commerce in the years ahead.