Activision Blizzard's (NASDAQ:ATVI) earnings beats are becoming a broken record at this point, and that's a good thing for investors. In the third quarter, reported this week, the company once again easily surpassed its own revenue and earnings guidance on broad strength in the video game business.

The strength comes ahead of the highly anticipated release of Call of Duty: WWII and Overwatch League's launch early in 2018. 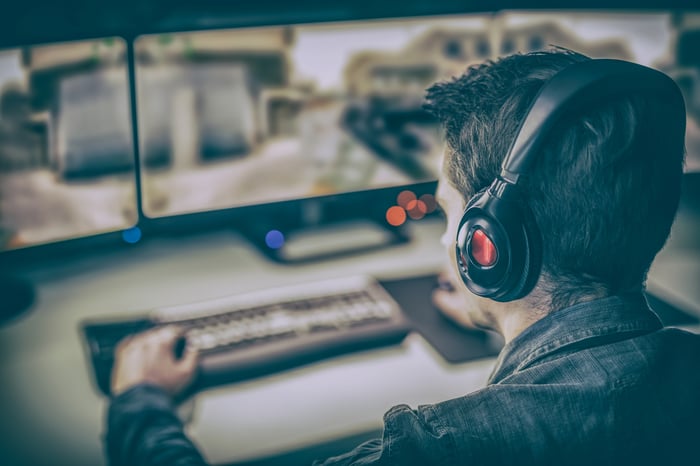 Year-over-year growth on the top line of roughly 3% and the slight decrease in the bottom line may not seem great, but that's primarily due to the timing of game releases. A year ago, Blizzard released World of Warcraft: Legion and Overwatch, which were two of its most successful product launches ever. That led to a spike in revenue and earnings, a tailwind that subsided in the third quarter of 2017. However, Activision had a big quarter with the launch of Destiny 2, which is the start of a big holiday season for the division.

Activision, Blizzard, and King are really three distinct businesses within Activision Blizzard, so it's worth looking at how each performed in the quarter.

Overall, metrics like engagement will give investors an idea of how much people like Activision Blizzard's games, which is key for monetizing play.

As you might expect after coming in so far ahead of its earnings estimates, Activision Blizzard increased its full-year expectations. Revenues are now expected to be $6.675 billion, up $275 million from previous guidance, and earnings on a GAAP and non-GAAP basis are expected to be $1.22 and $2.08 respectively. Those figures are up from estimates of $1.05 and $1.94 given last quarter, although they're down from $1.28 and $2.28 in GAAP and non-GAAP EPS in 2016. Once again, the comparison against 2016 is tough for Activision Blizzard given the small number of big game releases late in the year. But given recent history, I wouldn't be surprised if the latest guidance numbers are beaten when fourth-quarter results come out.

Activision's video game machine continues to churn out engaging content and with over 80% of sales now coming in digital form, the company is built to dominate everything from console to mobile game sales.

One thing that didn't get a lot of attention this quarter was esports, but that's about to change. The pre-season for Overwatch League starts in December and the regular season will begin Jan. 10. Sponsorships from HP and Intel were announced this week and that could be just the start of the monetization of the league. Look for esports to be a big driver of engagement and revenue growth as early as next quarter.