Rich Smith, Sean Williams, and Demitri Kalogeropoulos
(TMFDitty)
Author Bio
I like things that go "boom." Sonic or otherwise, that means I tend to gravitate towards defense and aerospace stocks. But to tell the truth, over the course of a dozen years writing for The Motley Fool, I have covered -- and continue to cover -- everything from retailers to consumer goods stocks, and from tech to banks to insurers as well. Follow me on Twitter or Facebook for the most important developments in defense & aerospace news, and other great stories besides.
Follow @RichSmithFool

The fact is, retirees shouldn't focus too much on where a stock has been, but instead where it is right now and whether it looks like a bargain at the time you're considering buying it. If it does, then that's a stock you should consider adding to your portfolio, full stop.

Here are three stocks some of our favorite Foolish investors think you should be thinking about buying: Kroger (NYSE:KR), Kohl's (NYSE:KSS), and Microsoft (NASDAQ:MSFT). 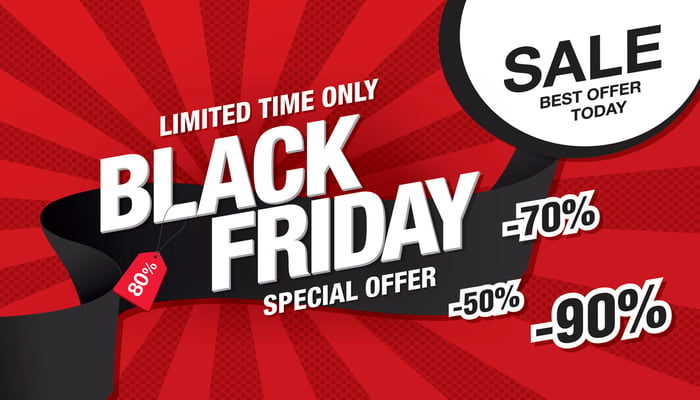 Black Friday is just around the corner. Are you ready to shop for some stocks? Image source: Getty Images.

Put this stock in your cart

Demitri Kalogeropoulos (Kroger): Two worrying issues have produced big price declines for Kroger stock lately. First, the company's sales growth pace has dropped to nearly zero after years of market-thumping gains. Second, the supermarket chain has made it clear that it intends to protect its market share through price cuts, which will reduce earnings in the short term.

Investors can take advantage of that Wall Street pessimism to get in on a stock that's down to its lowest point in almost four years, yet still has a bright retailing future ahead.

Kroger's latest results aren't as bad as they seem, after all. Sure, sales growth was a meager 1% last quarter. But the company still managed to increase customer traffic and market share with its strategy of covering both the value end of the market through in-store brands like Simple Truth and the high end through prepared foods and premium brands.

Management has stepped back from its long-term guidance, which used to target annual earnings gains of between 8% and 11%, supplemented with a growing dividend. That's the right call given that sales growth might barely be positive for the second straight year in 2018. Assuming the retailer continues modestly expanding its market share, though, robust earnings growth should return as industry conditions improve.

Cheap is good, and Kohl's is cheap

Rich Smith (Kohl's): I know there's a non-zero chance I'll regret saying this -- but I just can't help recommending Kohl's stock again. At $7 billion in market capitalization, and $2.3 billion in EBITDA, Kohl's stock is just too cheap to ignore.

Does Kohl's have problems? Of course it does. Despite the rising stock market, Kohl's stock has actually lost value over the past year, and that doesn't happen for no reason. Sales growth was non-existent last quarter. This past summer, the company also made a widely criticized move to partner up with Amazon.com -- the one company posing the direst threat to brick-and-mortar retailers like Kohl's.

But look at this another way. Yes, Kohl's agreed to sell Amazon products and accept Amazon returns in its stores. But Amazon.com chose to partner with Kohl's, too, and presumably for a reason. Chances are Amazon didn't decide to tie up with Kohl's because it thinks the company is about to go out of business. The contrary is much more likely -- that Amazon sees Kohl's as a survivor and a reliable business partner. (Some investors even go so far as to suggest Amazon is eyeing Kohl's as a buyout target.)

Whether or not that's how things play out, one thing is certain: At a share price barely 10 times trailing-12-month earnings, a projected earnings growth rate of nearly 7%, and a dividend yield north of 5%, Kohl's stock looks cheap. Even if Amazon.com doesn't buy Kohl's, at this price it's a stock retirees should seriously consider adding to their portfolios.

This tech giant could put retirees on cloud nine

Sean Williams (Microsoft): OK, hear me out. Yes, this software giant is trading near an all-time high, and yes, it has a notorious history of struggling once it reaches a $600 billion-plus valuation. However, this time it really could be different, which is why retirees should be giving Microsoft a closer look.

The big issue for years has been the decline of the personal computer. With everything seemingly moving to mobile, industry pundits wrote off demand for desktops, laptops, and other traditional modes of connectivity access. However, while PC sales have declined, their rate of decline has slowed. Microsoft's Windows operating system remains the kingpin in this space with more than 90% market share, and while it may no longer have the supreme pricing power it once did, its clear market share lead translates into high margins and predictable cash flow from its Windows segment each quarter.

What's different now for Microsoft is the appeal of its cloud-based Azure platform. Sales for Azure rose by 89% on a constant currency basis during the fiscal first quarter, reported last week, with Intelligent Cloud sector revenue up 14% to $6.9 billion.  Cloud now makes up 28% of Microsoft's sales, which is not negligible. With this high-margin segment firing on all cylinders, Microsoft has its new long-term growth driver, and thankfully the Windows phone isn't it!

With Microsoft you also get a company that regularly generates $24 billion to $31 billion in annual free cash flow, and returned $4.8 billion to shareholders via dividends and share buybacks just in the fiscal first quarter. The current yield of 2% on Microsoft puts it right on par with the average yield of the S&P 500, but its payout ratio of just 50%, based on the $3.35 Wall Street expects in fiscal 2018 EPS, still suggests plenty of upside potential in its dividend.

Don't be scared by Microsoft's impressive run higher. It can still provide healthy income and share-price appreciation for retirees.