Shares of Arista Networks (ANET -1.11%) jumped on Friday following a strong third-quarter report. The networking hardware company beat analysts' estimates for both revenue and earnings by wide margins, with revenue growing by more than 50% year over year. This followed an even larger jump that came after the company's second-quarter report in August. The stock was up almost 10% at 1 p.m.

Arista reported Q3 revenue of $437.6 million, up 50.8% year over year and about $19 million higher than the average analyst estimate. Product revenue rose 49.6% to $380.3 million, while service revenue jumped 59.2% to $57.3 million. "Our performance validates our meaningful traction with customers as they evolve from legacy to universal cloud networking designs," said President and CEO Jayshree Ullal. 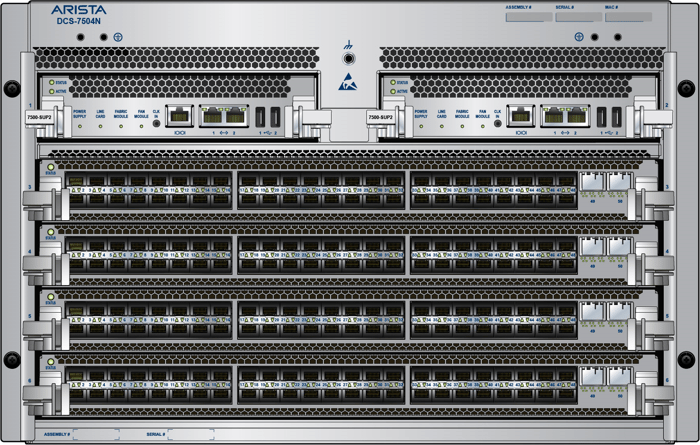 Arista pointed to stronger-than-expected demand from major cloud computing customers as one driver behind its strong results. Unforeseen demand for 100-gigabit routing and switching deployments has pushed the growth rate among those customers to nearly 50%, up from typical levels of 20% to 30%.

Arista expects to produce revenues of between $450 million and $464 million during the fourth quarter, which would amount to a year-over-year growth rate of 39.3% at the midpoint of that range. Arista also expects a non-GAAP gross margin between 63% and 65%, along with a non-GAAP operating margin between 30% and 32%.

Shares of Arista have now more than doubled year to date. With revenue and profits surging, investors are having no problem paying up for the stock.

Why Meta Platforms' Pain Was Arista Networks' Gain on Thursday
413%