Shares of data visualization specialist Tableau Software (NYSE:DATA) have plunged today, down by 9% as of 10:45 a.m. EDT, after the company reported third-quarter earnings results. Results didn't meet expectations, while the shift to a subscription model hurt Tableau's guidance.

Revenue in the third quarter grew 4% to $214.9 million, which translated into non-GAAP earnings per share of $0.08. Both top- and bottom-line results fell shy of consensus estimates, which called for $219 million in sales and $0.09 per share in adjusted profit. 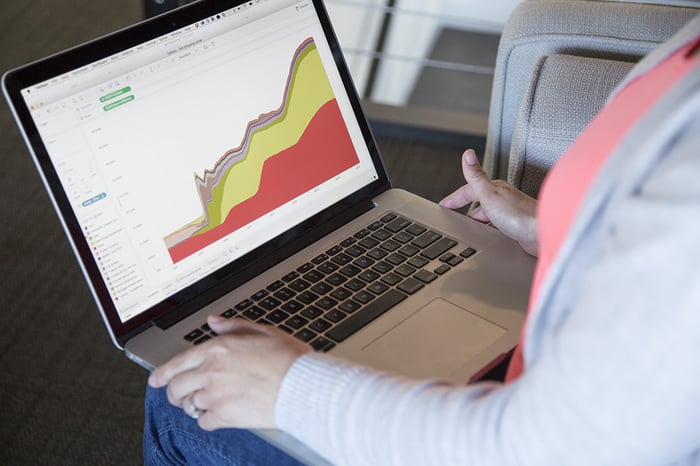 Tableau is in the process of shifting its customer base to subscriptions instead of traditional software licenses. Subscription annual recurring revenue jumped 204% to $139.2 million.

On the conference call, CFO Thomas Walker said revenue in the fourth quarter should be in the range of $235 million to $245 million, while the Street was expecting closer to $251 million in sales. Walker added:

This outlook assumes the mix of ratable license bookings will represent approximately 46% to 51% of our license bookings for the quarter. This is a significant increase over the 20% mix in Q4 of 2016. Our Q4 guidance primarily reflects increased expectations regarding our Q4 ratable mix as more and more customers choose subscription over perpetual licensing.

Subscriptions recognize revenue over time instead of up front as traditional licenses do, but provide greater visibility while generating recurring revenue. If anything, the transition is going very well, and the short-term dip in recognized revenue is a small price to pay.