The company benefited from appreciable growth in its two major operating segments, as well as revenue from a recently acquired Belgian data set provider.

As Moody's Corporation's (MCO -3.46%) third quarter 2017 earnings illuminated, both of its major divisions prospered during the last three months. Moody's Investors Service (MIS) booked record revenue, while Moody's Analytics (MA) closed on a significant acquisition during the quarter. And for the second time in as many quarters, the company raised full-year earnings guidance. Below, we'll walk through details of the report, and look ahead to management's view of the final quarter of the year: 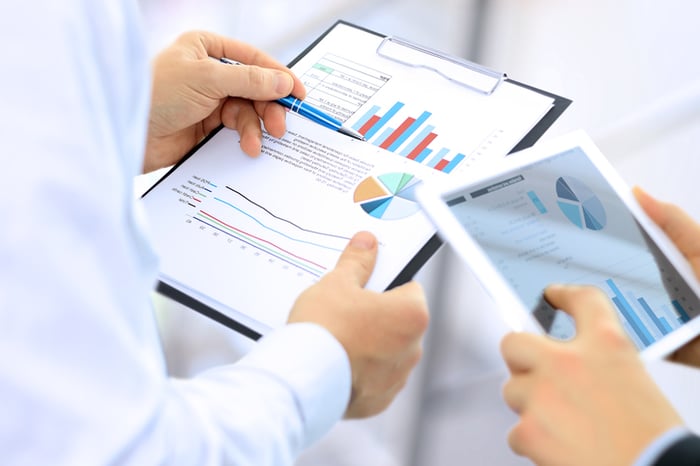 In Moody's earnings release, CEO Raymond McDaniel listed many of the positive factors we've discussed above in discussing the company's robust results. McDaniel also briefly touched on the merger:

We are excited to welcome our Bureau van Dijk colleagues to Moody's, and we remain confident in the complementary nature of the businesses and the many exciting opportunities ahead.

Indeed, the organization will strive to benefit from its investment: The $3.5 billion transaction was the largest corporate purchase in Moody's history, requiring the issuance of nearly $2 billion in debt to complete.

In an investor presentation in September, management pointed to the many strengths of Bureau van Dijk, including an attractive recurring revenue rate of over 90%. The Belgian data provider specializes in providing information on global privately held businesses to corporations and the mergers and acquisitions community. Moody's expects the merger to be accretive to earnings (i.e. impact earnings positively) by 2019.

Due to the Bureau van Dijk acquisition and its own brisk organic revenue growth, Moody's raised its full-year earnings estimates with just one quarter remaining in 2017. The company now expects revenue to increase in the low teens, against a former expectation of high single-digit growth. Operating expenses are now projected to decrease in a range of 20%-25%, versus an earlier band of between 25% and 30%. The forecast for operating margin is unchanged at 43%.

The net effect of these revisions is a boost to targeted diluted earnings per share (EPS), from between $5.69-$5.84 to a more ambitious range of $6.18 to $6.33. Given that management dialed up its EPS view with the first month of the fourth quarter (October) already in the books, shareholders should feel confident that the revised range is well within reach.