Apple (NASDAQ:AAPL) only provides outlook for capital expenditures on an annual basis in its 10-K filings. With fiscal 2017 now in the rearview mirror, the Mac maker has now provided investors with its forecast on capital spending for fiscal 2018. The language regarding what this spending will buy remains unchanged, including "product tooling and manufacturing process equipment; data centers; corporate facilities and infrastructure, including information systems hardware, software and enhancements; and retail store facilities."

How much will Apple spend in the year ahead? Spoiler alert: It's a lot. 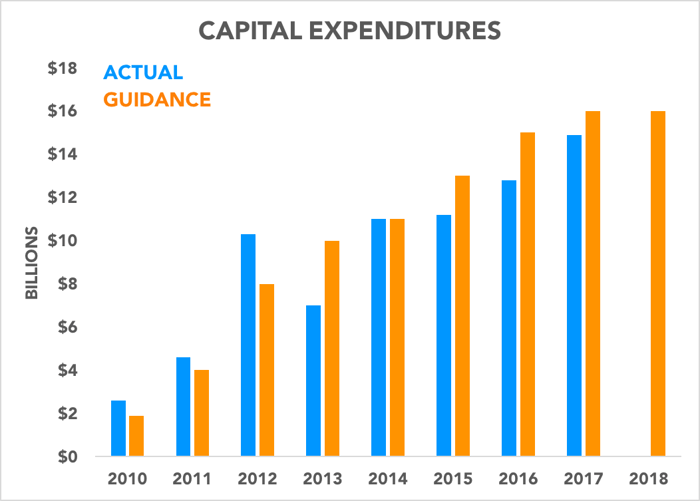 Ever since 2012, Apple's capital spending has turned out to be equal to or less than its outlook. Apple used to provide breakdowns for how this spending would be allocated across different areas, but the company no longer does.

However, the fact that fiscal 2018's forecast is unchanged from last year suggests that this could be a ceiling to how much Apple must invest in long-lived assets, while at the same time can generate more revenue out of that infrastructure considering its strong guidance for the December quarter.

What we do know is that Apple Park is largely complete, which was a multiyear construction project that cost $5 billion, so at least that has already been paid for. Apple Park will pay dividends for years in the form of greater potential for collaboration thanks to the "spaceship" building's design, and was one of the last major projects that Steve Jobs was intimately involved in.

Apple has also been investing heavily in renovating retail stores as part of its efforts to transform Apple Stores into "town halls" where people gather for community events in addition to buying iPhones. For example, Apple just opened a new store in Chicago on Michigan Avenue a couple weeks ago, located right on the Chicago River. The company called the location its "most ambitious store to date." 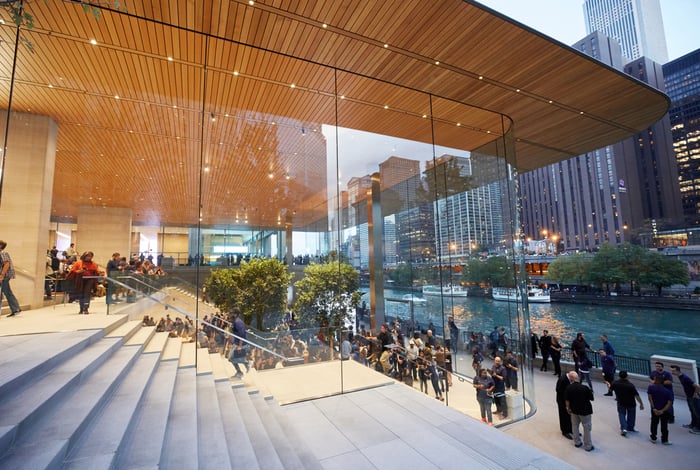 Investors can expect the Mac maker to continue investing aggressively in its ongoing push to make Apple Stores a place to congregate.

Much of the iPhone X's manufacturing infrastructure should already be paid for with fiscal 2017 capital expenditures, and the costs will fall as they're amortized over time. As far as what new products and new costs Apple has in store, we know HomePod is set to launch next month, and the Apple Watch business continues to grow and is due for some type of redesign. Project Titan is evolving, but those costs are probably relatively modest for the time being.