It was a month investors in Eldorado Gold (NYSE:EGO) would want to forget in a jiffy. Shares of the junior gold miner plunged 40.9% in October, extending its year-to-date losses to a whopping 61% as of Oct. 31.

Eldorado shares were already under tremendous pressure after the Greek government recently announced arbitration proceedings against the gold miner to settle disputes over its developing projects in northern Greece.

In October, Eldorado gave investors another shocker when it provided an update on its Kisladag mine in Turkey and followed it up with its third-quarter earnings.

On Oct. 23, Eldorado reported lower-than-expected gold recoveries from Kisladag and lowered its full-year production estimate from the mine for the second time this year to 170,000-180,000 ounces of gold, down nearly 26% at the midpoint from its first estimate. 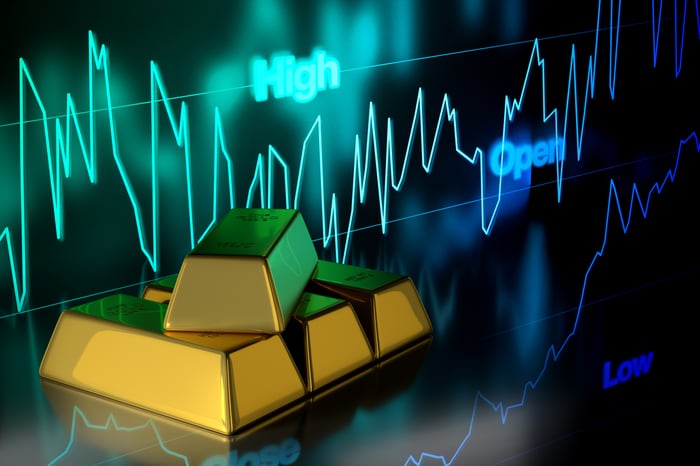 On Oct. 26, Eldorado reported 18% lower revenue for the third quarter and a loss of $4.2 million compared to a profit of $20.7 million in the year-ago quarter.

The arbitration issue in Greece is unfortunate, and even if the final ruling works in Eldorado's favor, it could hit the miner hard in terms of time and cost overruns on key projects under development, including Skouries and Olympias.

Even then, Eldorado isn't in the best shape, having suffered losses in three out of the past five years and been free cash negative all through. With profitability an even bigger concern now given the challenges Eldorado is facing, investors may want to scout for better gold stocks right now.