Shares of Bed Bath & Beyond (NASDAQ:BBBY) fell 15% last month, according to data from S&P Global Market Intelligence, as the home-goods retailer continued to reel from a weak earnings report in September. There was little news out on the stock in October, but analyst downgrades and general retail malaise continued to push it downward.

The stock fell steadily over the course of the month, as investors continued to lose faith in Bed Bath & Beyond and its peers. 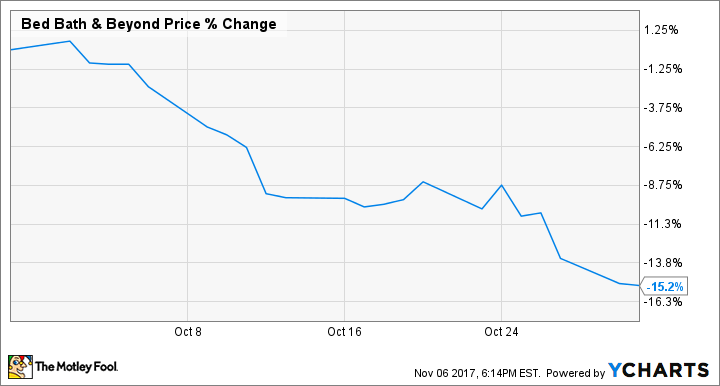 Bed Bath & Beyond stock fell 16% on Sept. 20, after the company reported a plunge in earnings and a 2.6% decline in comparable sales. The retailer also slashed its earnings-per-share guidance for the year from $4.12 to $3. That report led to a downgrade from Standard & Poor's on Oct. 5, from BBB+ to BBB, with a negative outlook, as analyst Andrew Bove cited rampant discounting, higher costs, and general headwinds for his pessimism.

Toward the end of the month, the stock lost 3.3% on Oct. 27, as J.C. Penney slashed its own guidance, news that pushed down a range of retail stocks. 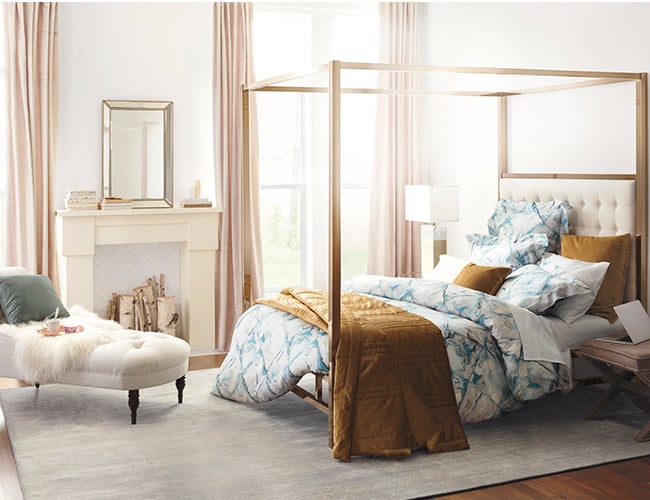 Bed Bath & Beyond is in a stronger position than many of its retail peers, as the company is still solidly profitable and posted 20% growth in its online business in its most recent quarter, but it's suffering from many of the same challenges facing other retailers. In-store sales are falling rapidly as mall traffic declines and more consumers shop online, and e-commerce competitors including Amazon.com and Wayfair have popped up, meaning that Bed Bath & Beyond's collection of things like pillows, towels, and dishware no longer makes it unique. Management has squandered $6 billion on share buybacks over the past five years, exacerbating its problems, as that money could have been better spent on ramping up e-commerce operations or improving stores.

Shares are now approaching recession-era lows. The stock is cheap, trading at a P/E of less than 7, which has fueled some speculation of a buyout, and management has undertaken initiatives it hopes will shore up the bottom line. Still, with the general headwinds in the industry, a buyout may be investors' best hope.