If you ask me to name the No. 1 fastest growing industry  in the United States, you'll probably expect the answer: It's computer systems design.

Chances are, that doesn't surprise you even a little bit. But what if I told you that seven of the top 10 fastest growing industries in America today have nothing at all to do with the computer business? I suspect that might surprise you.

And here's the most surprising fact of all: Those other seven industries all center on the workaday construction industry. Here they are in one go, as calculated by financial-services company Sageworks: 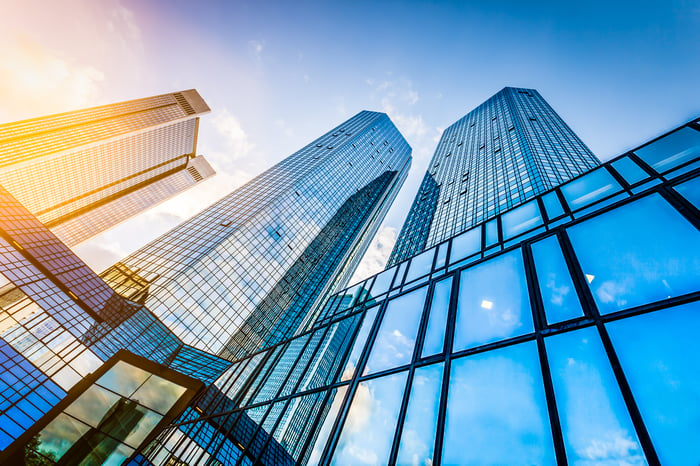 When you think construction, you probably envision guys wearing hard hats and carrying hammers. What you may not think about are businesses growing their sales faster than anybody else.

Yet Sageworks says construction-services companies posted some of the fastest growth rates of any industry last year, with most of the previously named industries growing 13% or even 14%. That's roughly twice as fast as the 6.8% average across all industries. (Since you're probably dying to know, Computer Systems Design had a growth rate of 18%.)

Construction industries are growing again this year, too. According to the latest report out of the U.S. Census Bureau, construction spending in the U.S. reached $917 billion through the first nine months of this year -- up 430 basis points year over year, and about 40% faster than recent U.S. GDP growth. Bureau of Labor Statistics  projections have employment in the construction business showing some of the fastest growth of any industry over the next decade.

Knowing all this, what should an investor do with the information? In conducting its study, Sageworks focused on what it does best -- analyzing growth patterns among privately held businesses last year. But it's reasonable to expect the same growth, projected in private industry, to benefit public companies that you can invest in, too.

If you're looking to capitalize on this trend, and invest in the fastest growing industries in America -- construction industries -- here are a few ideas to start with.

MDC Holdings (NYSE:MDC) is a publicly traded residential homebuilder -- one of the fastest-growing industries cited in our list. As you'd expect, it's stock has been doing well during the construction boom -- up 40% over the past year. Yet at a P/E ratio of just 14, MDC Holdings stock is barely half as expensive as the average stock on the S&P 500.

Sales at this homebuilder were up 14% last quarter, and profits up 26%, making MDC a bargain at its current price. Plus, MDC pays its shareholders a 2.7% dividend yield.

Aecom (NYSE:ACM) is a horse of a slightly different color. Instead of residential houses and apartments, Aecom specializes in large-scale infrastructure projects (i.e., heavy and civil engineering, on the preceding list). For example, right now it's deeply involved with three separate companies that are all trying to build Elon Musk's Hyperloop transportation system -- the only construction and engineering firm I know of with its thumb in the pie of all the major players.

Priced at 22 times earnings, Aecom isn't the cheapest stock on the block. Nor does it pay a dividend. Still, earnings popped 50% in the most recent quarter, and with robust free cash flow far in excess of reported earnings, Aecom stock may not be as expensive as it looks on the surface.

One of the lesser-known suppliers of building materials, BMC Stock Holdings (NASDAQ:BMCH) was formed  from the merger of BMC and Stock Building Supply two years ago. Today, BMC is the ninth largest  building-supplies distributor in the U.S., ranked behind such better-known names as HD Supply, 84 Lumber, and Builders FirstSource.

Priced at 34.5 times trailing earnings, the stock looks expensive, but analysts surveyed by S&P Global Market Intelligence project BMC's earnings will grow 83% this year in comparison to last, and more than triple off 2016 profits by 2018. If BMC achieves anything near this projected rate of growth, its stock could be a bargain.

Last but not least -- Cemex (NYSE:CX). The Mexican cement maker offers a compelling bargain at today's share price just 11 times its trailing earnings. Cemex stock costs more than that when you factor in its $12 billion in net debt, but at a projected long-term annual growth rate of better than 26%, it offers an intriguing way to invest in the construction of anything involving cement -- i.e., anything from roads to houses to skyscrapers to airports.

If Donald Trump's vaunted $1 trillion infrastructure plan ever comes to fruition, or indeed, if we ever actually "build the wall," not only will construction remain one of our fastest growing industries, but it's also a virtual certainty that one of the companies best positioned to benefit from the boom in construction will be this Mexican cement maker.