Sheesh! And I thought it was bad when Vista Outdoor (NYSE:VSTO) missed earnings in February and lost 22.5% of its market cap. Somehow, today managed to be even worse.

Vista Outdoor reported fiscal second-quarter 2018 earnings this morning and, believe it or not, given investors' reaction, the numbers were better than expected. The company reported pro forma earnings of $0.34 per diluted share, $0.07 better than the $0.27 that Wall Street had expected. Sales likewise exceeded expectations, coming in at $587.3 million, slightly better than analysts' forecast of $583 million. 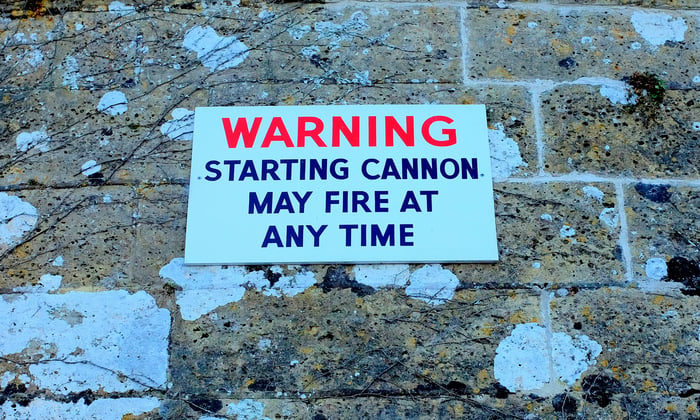 Let's start with those "earnings," which were actually losses. Although Vista exceeded analyst expectations, its results were not exactly "good." Pro forma profits may have been positive, but when calculated under GAAP accounting standards, Vista reported a $2.01-per-share loss for the quarter -- much worse than last year's second-quarter results.

Sales for the quarter slipped 14% year over year. Gross profit dropped 25%. And then, to top it all off, Vista took a $152 million writedown for impairment of goodwill and "intangibles," torpedoing its operating income as well. When all was said and done, Vista ended up with the aforementioned loss on the bottom line.

Earnings "beat" or no, Vista's massive loss might have been enough all on its own to explain its stock's sell-off on Thursday, but it wasn't the end of the bad news. Vista also dramatically reduced its guidance for full-year sales and, especially, earnings.

The company declined to give GAAP guidance for how its earnings might turn out. Vista did, however, confide that it expects to generate between $155 million and $175 million in free cash flow, which actually doesn't sound so bad for a stock now selling for barely $750 million in total market cap.

Come to think of it, if Vista had just led off with that number, maybe investors wouldn't have been so unhappy with today's news.