Sun Hydraulics Corporation (NASDAQ:HLIO) reported its third-quarter earnings on Nov. 6, and the industrial valves manufacturer confirmed that it's on a solid growth trajectory. Strong demand for hydraulic valves and better-than-anticipated sales from its recently acquired business in the electronics segment nearly doubled Sun Hydraulics' sales, encouraging management to upgrade its full-year revenue outlook.

Sun Hydraulics upped its revenue guidance for the second time this fiscal year as strong demand across all its product categories and geographies boosted sales. 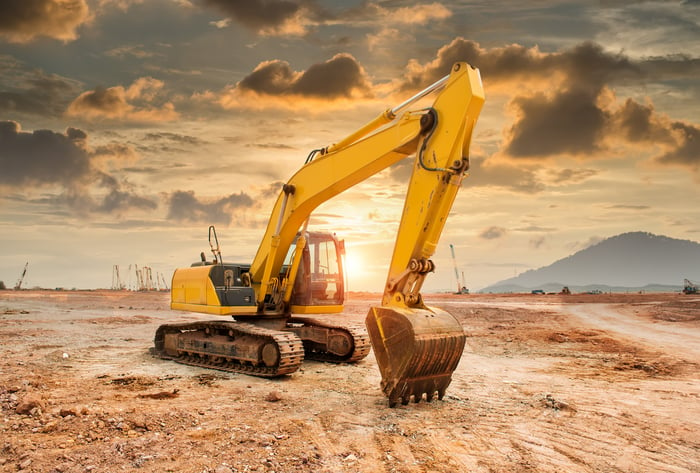 President and CEO Wolfgang Dangel sounded optimistic about Sun Hydraulics' future. "We continue to make very good progress in accordance with our Vision 2025," he said. By Vision 2025, Dangel is referring to the company's long-term financial goal of hitting $1 billion in sales by 2025, with 50% each coming organically and from acquisitions.

Dangel is also excited about two recent product launches -- a new line of electro-hydraulic valve drivers known as the XMD Series, and electro-hydraulic products under its brand Sun FleX. It's a good time to expand in the market. As Craig Arnold, CEO of the major hydraulics player Eaton Corp (NYSE:ETN) said during the company's recent earnings call: "And so certainly coming into the year, we and our suppliers were not anticipating the kind of V-shaped recovery that we're experiencing right now in Hydraulics."

Arnold further elaborated that China is driving a lot of the growth, something Sun Hydraulics confirmed when it moved out of its small offices in the nation to a bigger facility in Q3 to keep up with the "rapid sales growth in the Asia-Pacific region."

Regarding its near-term growth, Dangel said: "As we look beyond 2017, we remain cautiously optimistic. While some economic reports indicate decelerating growth for most of our end markets and geographic sales regions in 2018, we will continue to execute our growth initiatives in accordance with our Vision 2025."

Sun Hydraulics now expects to generate revenue in the range of $330 million-$340 million for the full year, representing a near 4% improvement at the midpoint from the previous guidance. During its FY 2016 earnings release, management had projected FY 2017 revenue to be between $295 million-$310 million.

The company's top line is clearly growing at a strong pace, and its ride to the $1 billion mark should be an interesting journey to watch.