Yesterday, Procter & Gamble (NYSE:PG) revealed that activist investor Nelson Peltz has jumped ahead in a proxy vote recount to determine whether his firm Trian Partners can obtain a seat on P&G's board. Shareholders may remember that P&G rushed to declare victory in mid-October based on initial estimates, before independent proxy-vote tabulator IVS Associates had processed all the votes.

In what is decidedly not the final round of this proxy war -- in which the two sides have collectively spent over $125 million -- Peltz now leads the vote count by a margin which, if it gets any slimmer, will soon be reported in scientific notation: 0.0016%. 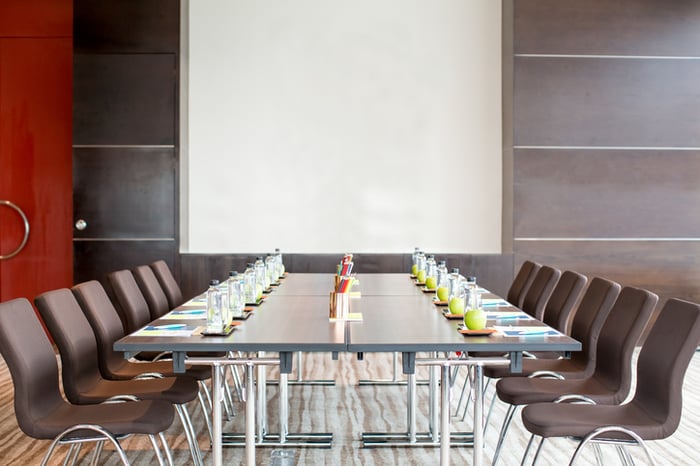 Yesterday also brought news of a different expenditure: P&G has reportedly purchased online deodorant retailer Native Deodorant for $100 million in cash. The San Francisco-based start-up sells U.S.-manufactured, natural deodorants, free from ingredients which are thought to be harmful, such as aluminum and parabens.

Shareholders should be pleased with this news. In September, I argued that Procter & Gamble's capital priorities have been inverted over the last several years, due to a mechanical adherence to the concept of "total shareholder return." P&G has returned huge amounts to shareholders via dividends and massive share buybacks, but it hasn't invested in the right points in its business to increase long-term shareholder return.

What are those points? Last month, I followed up with an argument that if management took at least two of Peltz's suggestions to heart, P&G would increase the return on its invested capital more quickly: namely, modifying P&G's insular culture, and using spare balance-sheet cash to begin scooping up small, rising consumer goods (CG) brands.

Purchasing Native Deodorant -- which, according to TechCrunch, has over a million customers after a scant two and a half years in business -- shows evidence of the former, and is a fine example of the latter. Navigating through Native Deodorant's site is reminiscent of the Harry's Razors experience: It's clean, well-organized, and geared toward a quick purchase, which incentivizes subscriptions.

Arguably, P&G is late to this strategy. For too long, it has overlooked the power of acquired innovation. Instead the company has defined innovation solely as the product reformulations and packaging evolution which arise from its well-funded research and development labs.

Even after the company received a jolt when competitor Unilever (NYSE:UL) acquired Dollar Shave Club for $1 billion last year, and even as Harry's Razors flourishes, also decreasing the Gillette shaving division's market share, P&G hasn't really endorsed the concept of buying diminutive brands and scaling them -- until now.

Peltz argued in his proxy presentations that emerging brands are increasingly bypassing P&G's traditional retail channels, and growing headily by marketing directly to consumers (known as the "DTC" model).

Yet since the completion of P&G's massive brand-trimming exercise of the last three years, in which it reduced its brand count from 170 to 65, management has sought to reduce the complexity of the overall business. Executives have focused on expanding the reach of the organization's already-dominant portfolio of billion-dollar brands (think Tide, Gain, Downy, Charmin, Bounty). Management has cast a wary eye toward risk-taking within (what it perceives as) smaller bands of opportunity.

Among the many objections to Mr. Peltz, P&G has argued that he doesn't have deep household CG experience. While Trian's activist campaigns have tended to focus on restaurant and packaged-foods categories, Peltz has nonetheless isolated one of the single most important deficiencies in P&G's model. And in my opinion, he's done so due to his external perspective and refreshing lack of household CG experience.

The deficiency is as I've described above. P&G hasn't really participated in global consumer goods' next growth vehicles: the Dollar Shave Clubs of the industry. These begin as quirky DTC companies, and quickly build loyal followings via clean websites, savvy social-media use, and near-viral word of mouth.

The company's acquisition of Native Deodorant shows that despite its protestations, it's paying heed to some of the most crucial of Trian Partners' suggestions. While we don't have insight into Native Deodorant's profitability or ultimate revenue potential, P&G can experiment with scaling the brand, while learning how a start-up can zip from zero to $100 million in enterprise value in less than three years.

Did P&G consider buying Native Deodorant before Trian emerged to shake things up this year? Probably. But we can guess with some confidence that shareholder activism catalyzed P&G's desire to pull the trigger, and signal to shareholders that it does indeed have the will and desire to play in new categories.

Personally, I think it's great that Procter & Gamble scooped up this fledgling company. It may disagree with Trian over the symptoms, but revenue stagnation has, until very recently, been P&G's great malady. You don't overcome this by returning every last penny of cash flow to shareholders. Mature companies must invest to keep growing -- as a certain investor who defines himself as a "constructivist," not an activist, has argued all along.

Nelson Peltz May or May Not Have a Board Seat at P&G, but His Influence Is Already Evident @themotleyfool #stocks $PG $UL Next Article
Current