Please ensure Javascript is enabled for purposes of website accessibility
Log In Help Join The Motley Fool
Free Article Join Over 1 Million Premium Members And Get More In-Depth Stock Guidance and Research
By Ashraf Eassa - Nov 18, 2017 at 11:00AM

The next product in Chipzilla's cellular modem family is destined for 2019 iPhones.

Over the last few years, Intel's (INTC 0.82%) cellular modem business (cellular modems are chips inside of smartphones that allow the devices to connect to cellular networks) has seen significant success in the marketplace, with the company's revenue from these chips going from practically nothing to being substantial enough for it to highlight in its quarterly earnings results.

That success is due almost entirely to smartphone giant Apple (AAPL 0.96%) choosing to tap Intel as an alternative supplier to Qualcomm (NASDAQ: QCOM) for the modems used in its iPhone 7-series, iPhone 8-series, and iPhone X smartphones. 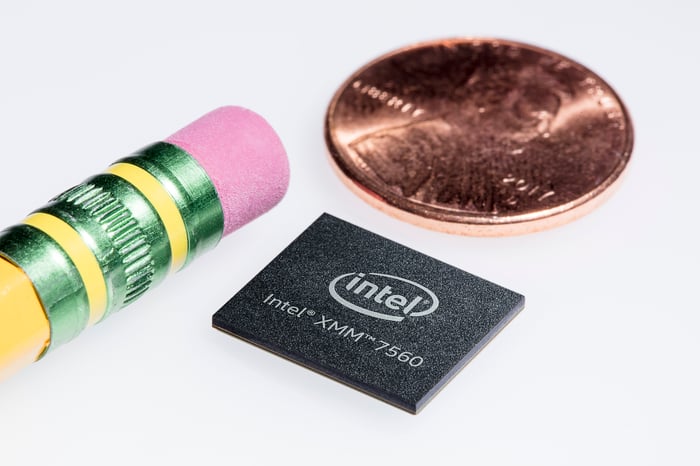