On Thursday, Triangle Capital (NYSE: TCAP) announced that it had hired an advisor to explore strategic alternatives, and passed out golden parachutes to five executives. I take the news as a clear sign Triangle Capital is going to do something to maximize shareholder value, whether that's merging with a competitor or simply liquidating isn't certain.

But when it comes to what Triangle Capital should do, it's my view that a liquidation is the best course of action, even if it hasn't been a popular choice in the industry.

Most troubled business development companies look for a quick exit, selling the entirety of their portfolios at a discount to their last reported book value for cash and stock in another BDC. It happened most recently when American Capital Ltd. was sold to Ares Capital (NASDAQ:ARCC) at a price approximating 91% of book value, paid in cash and Ares Capital stock, with advisors and bankers also taking their share with various deal fees and expenses.

Triangle Capital should take the path less traveled, and put itself in runoff rather than merge with a competitor. Here's why.

1. Triangle's structure is perfect for liquidation

The most expensive employees for any BDC are the originators and investment analysts. In runoff, a BDC is more of a loan servicer than a lender. Collecting checks requires a less expensive skill set than finding businesses to lend to and invest in.

Triangle Capital is uniquely positioned to put the portfolio in runoff and operate it with only a skeleton crew. As an internally managed BDC, compensation expenses are paid directly from Triangle Capital's profit and loss. Most BDCs pay for their managers in the form of fees based on a percentage of assets and a portion of the returns.

So far this year, operating expenses at Triangle have tallied to about 1.7% of assets on an annualized basis at Sept. 30. Most BDCs charge that much in management fees alone, plus incentive fees on top. In runoff, I suspect the company can hold operating costs to less than one percent of assets, far lower than any other BDC charges on gross assets under management.

Merging with a competing BDC simply moves Triangle Capital's assets from an inexpensive "container" to a more expensive one. The only winner is the acquiring BDC, which gets more fee-earning AUM. Shareholders lose. 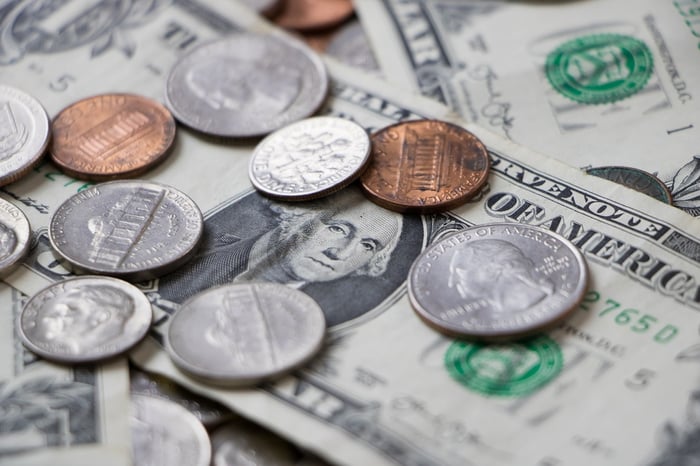 2. Selling assets is cheaper than selling a business

Selling companies in whole is expensive. When American Capital sold out to Ares Capital, fees for fairness opinions alone tallied to $50 million. There were additional expenses associated with running the company as a going concern -- reworking credit agreements, paying lawyers and bankers for advice on combining portfolios, and so on.

These expenses nickel and dime shareholders, but they can largely be avoided by liquidating over time. As cash comes in, Triangle can repay its creditors and send the remainder to shareholders in the form of distributions and share repurchases at prices below book value.

Besides, Triangle Capital has no real franchise value in excess of the value of its assets. If it did, shares wouldn't trade at a 25% discount to last-reported book value. There really isn't a case for merging with another BDC, unless a competitor is eager to overpay in cash, not stock, an unlikely scenario.

3. Other BDCs own many of the same investments

Going up market to finance larger companies may have been a strategic mistake, but it's a huge advantage now. Many of the larger loans and investments it has made in the last few years are in companies that are also on the balance sheets of competing BDCs.

Two of Triangle Capital's largest investments, Smile Brands and Dimora Brands, are portfolio companies of TCG BDC (NASDAQ: CGBD), for example, making Carlyle Group's BDC a natural buyer of these investments. At least a quarter of its investment portfolio at fair value is invested in companies in which other BDCs also own a stake, based on my analysis of its schedule of investments. If we extend shared ownership to include closed-end funds, the number is substantially higher. 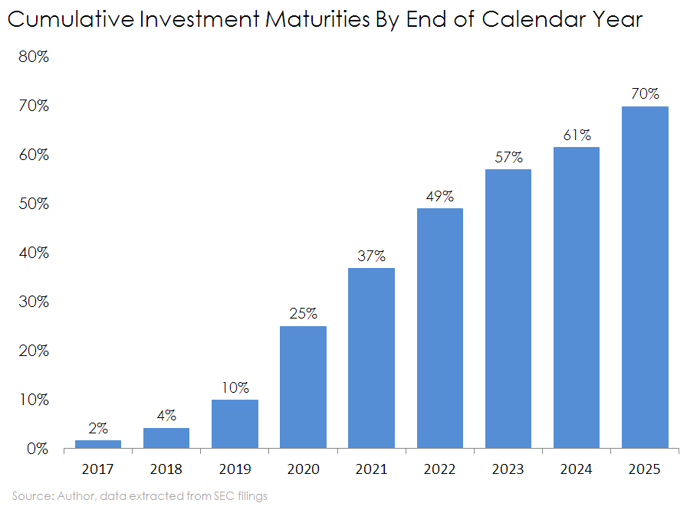 Of course, most of Triangle's assets don't have to be sold. Roughly 70% of its investment portfolio at fair value has a contractual maturity date, and roughly half the portfolio will mature in the next five years. If credit conditions remain frothy, many of its portfolio companies will refinance before their loans are slated to mature, accelerating the liquidation process. To be clear, liquidation doesn't mean Triangle has to be a forced seller.

There is a long list of questionable transactions involving BDCs with poor investment records.

Alas, doing the right thing for shareholders is difficult because of the huge financial incentives to keep assets inside the industry. BDCs are one of the few types of funds where asset managers can still collect 2-and-20 style fees with little to no pushback from investors.

Triangle Capital may have made a number of underwriting errors and bad investment decisions, but its story doesn't have to with another dubious deal to transfer ownership or management to another party. Management should do the right thing and put it in runoff. It's the right thing to do.