Companhia de Saneamento Basico do Estado de Sao Paulo (SBS 7.30%) isn't exactly a name that rolls off the tongue -- nor is it a household name here in the United States. And yet, according to one investment banker, this Brazilian water utility could provide a very tidy profit to investors unafraid to invest a bit farther from U.S. shores.

Here's what you need to know about this upgrade. 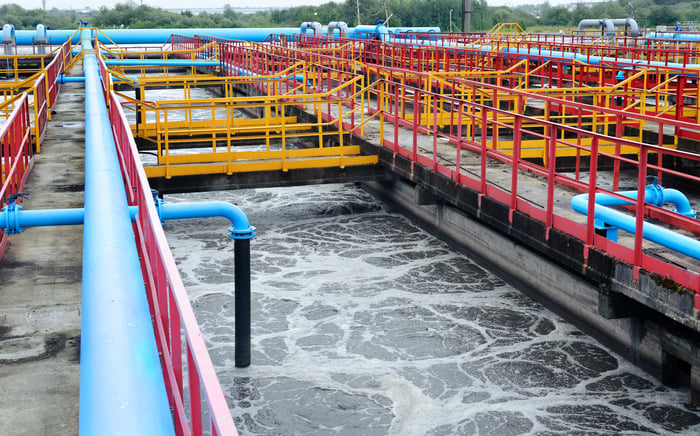 Thanksgiving is almost upon us, and much of Wall Street is quiescent, with few upgrades or downgrades being released. Not everyone celebrates Thanksgiving, however, and this morning, TheFly.com reported that British megabanker HSBC has just upgraded shares of Companhia de Saneamento Basico do Estado de Sao Paulo (better known as Sabesp) to buy.

HSBC cites "recent share underperformance" for its upgrade, but underperformance here appears to be a relative term. In fact, Sabesp shares are up 15% since the start of this year and, with their 3.7% dividend yield, have already rewarded investors mightily. That being said, over the past 12 months, Sabesp shares have underperformed the S&P slightly -- 12% gains versus 18% for the index.

At its trailing price-to-earnings ratio of 9.2, the stock certainly doesn't look expensive on its face. Moreover, Sabesp spends very little cash on capital investment, with the result being its trailing free cash flow amounts to $1.04 billion over the past 12 months. According to data from S&P Global Market Intelligence, that's 15% more than the company's reported net profit under GAAP, and results in a price-to-free-cash-flow ratio of only 7.1.

Growth in a developing economy

And here's another thing: Here in the United States, we tend to think of utilities as staid, dependable, slow-growth businesses, right? Well, apparently, this isn't the case in Brazil. Indeed, according to projections surveyed by S&P Global, analysts expect Sabesp to grow its pro forma profits 30% next year to $1.50 per share -- then growth them another 18% in 2019 to $1.77 per share.

The most important thing: Valuing Sabesp

It's not often you find a company valued in the single digits by P/E but growing its earnings at double-digit percentage rates -- much less one paying a strong 3.7% dividend yield (and able to maintain that dividend with a payout ratio of only 27%). Yet if analysts are to be believed, Sabesp is one company that does cost this little, will grow this fast, and can pay that dividend.

According to HSBC, this makes Sabesp stock -- which costs about $10 a share (Sabesp common stock trades as an American depositary receipt in the U.S., on a 1:1 ratio) -- a buy as it rises toward a target price of 39 Brazilian reals per share, or roughly $12 at current exchange rates.

If Sabesp succeeds in growing earnings at anything like the double-digit rates that analysts project for it, I am inclined to agree: Sabesp stock is a real bargain in the utilities sector.