Storytelling can be one of the most powerful tools in business, and when used effectively, both organizations and their shareholders benefit.

When you hold a global market position like The Coca-Cola Company (KO 0.08%), with products in over 200 countries, it's imperative to learn to think small if you want to remain competitive.

In the first article in this series, discussing the company's investor day conference on Nov. 16, we reviewed CEO James Quincey's directive that the company accelerate its brand development by favoring small and frequent experimentation over grand, big-bet product launches.

During the conference, executives informed investors that to this end, Coca-Cola plans to export the venturing and emerging brands (VEB) model to its various geographic regions. Developed in North America, VEB acts as a venture-capitalist investor, marketing partner, and advisor to promising brands in which it often takes an initial minority interest. 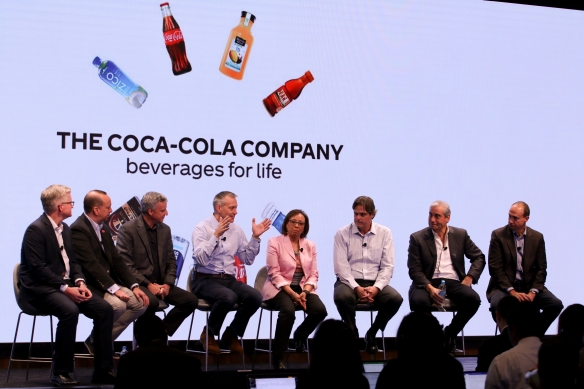 Bolt-on acquisitions of more mature companies also form part of the plan. CFO Kathy Waller described how the purchase of AdeS, a Latin American-based producer of plant beverages, provided a rich opportunity for Coca-Cola. The company spent time after the acquisition, which closed in March of this year, studying AdeS's business and marketing approach, while also learning about the supply chain for a plant-based beverage business. Now it's making use of that learning to introduce AdeS into Europe, a process executives refer to as "lift and shift."

Sounding a note of caution, Coca-Cola's new chief growth officer, Francsisco Crespo, warned that where product iteration is more frequent, the risk of not achieving any growth at all often spikes. Thus, Coca-Cola vows to be more disciplined and structured in its approach to innovation, and it's introduced a narrative-based framework that can be used to evaluate every brand, from test-market proposition to iconic bellwether. Crespo provided the following image that introduces the concept:

This framework immediately identifies where a beverage is in its life cycle and lends itself to creating a narrative around the product's current status and aspirations. Using this storytelling approach should prove effective in helping the company succeed in its quest to shore up its legacy, market-dominating brands with newer, emerging drinks.

The evolution from explorer, to challenger, to leader is not just a tool for Coca-Cola's development and marketing teams. It also creates a vocabulary of sorts that can help investors understand where the company is investing its research, supply-chain, and marketing dollars, and what the potential for certain up-and-coming labels might be.

For example, the Honest Tea brand has progressed from a disruptive explorer in the U.S. to a highly segmented challenger that's being rolled out across Europe. It's on its way to being a leader brand, which, although Coca-Cola's team didn't explicitly state, probably means it has the potential to join the company's 21 "billion-dollar brands."

Creating a shorthand narrative for each incipient label will also help Coca-Cola more quickly kill off its "zombie" brands -- that is, explorer beverages that can't quite scale to the next level of challenger. As you can see from the graphic, there's a binary decision path that must be taken during the explorer phase: scale, or kill.

To fulfill Quincey's goal of having the organization act like a smaller, more nimble company, it's imperative for Coca-Cola to develop the operational discipline of feeding more resources to promising new beverages, while mercilessly shutting down those that have slim chances of making it to challenger status.

We'll dwell on discipline of a different sort in the final article in this series: the financial discipline Coca-Cola is exerting to achieve its strategic priorities through the year 2020.