On Tuesday, the company announced it's setting aside $250 million to create Optum Ventures, a venture capital fund investing in next-generation healthcare companies. 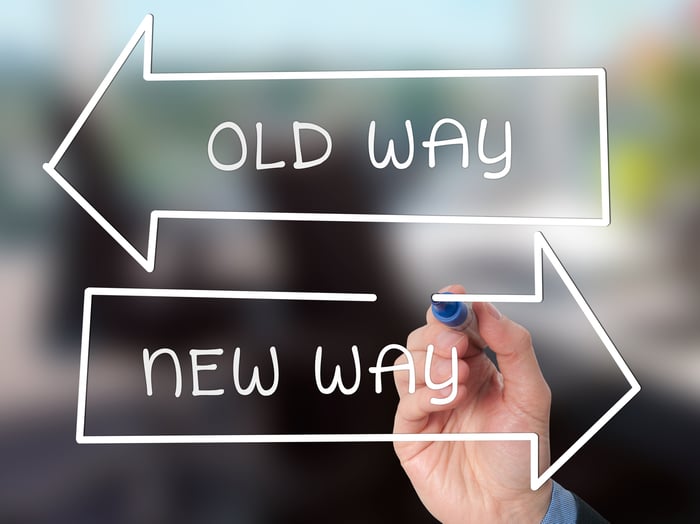 The fund is launching with four initial projects:

UnitedHealth Group sells healthcare insurance products like commercial group health insurance, Medicare Advantage, and Medicare Part D drug plans. It also makes tens of billions of dollars per year by running state Medicaid programs, and its Optum segment rakes in billions more by crunching data and fulfilling prescriptions for other companies. Those products and services have produced a combined $196 billion (yes, billion!) in revenue over the past 12 months.

Clearly, UnitedHealth is a Goliath, but it does have a problem on its hands: It operates on thin profit margins.

The costs that are associated with providing healthcare to its members are climbing, and members are tired of paying runaway increases to their health insurance premiums that are necessary to foot the bill. As a result, UnitedHealth's being squeezed between rising costs of care and pushback on pricing, and that's caused its operating margin to slip to 7.3% from 8.5% over the past five years.

A venture capital fund alone isn't going to fix this problem, but funding the development of new healthcare approaches could help ease the pressure on margin over time, especially if it leads to insights that can keep patients out of hospitals and reduce the spread of chronic diseases, such as diabetes.

UnitedHealth's venture capital fund could also help it sidestep potential challenges from large-cap technology companies that are increasingly interested in healthcare. For example, Alphabet has funded and spun-out Verily Life Sciences, a healthcare venture capital fund that's working on more than a dozen solutions to improve patient care and risk management. Amazon.com has been rumored to be investigating ways to use its treasure trove of computing and purchasing power to disrupt the market for prescription drugs, too.

Technology -- including devices, machine learning, and artificial intelligence -- is converging with healthcare in ways that could significantly disrupt the healthcare sector. Over time, the big winners in healthcare will be companies that make the investment necessary to be on the cutting edge of this disruption.

In the short term, the benefits associated with providing venture capital to these companies isn't going to move the needle for a company as big as UnitedHealth Group, but breakthroughs and lessons learned may give it an edge it can use to protect its market share and drive profit higher over time.