Some companies are known by just a handful of products, and for many people, 3M (NYSE:MMM) will forever be associated with the Post-It Note. Yet the company goes well beyond consumer products like Scotch tape to provide sophisticated products that its industrial customers use in areas from energy and manufacturing to healthcare to enhance their own business operations.

In addition to its long-term success, 3M has also made dividends a priority. As a Dividend Aristocrat, 3M has distinguished itself by making dividend increases annually through good times and bad. Now that more favorable business conditions have come, investors have high hopes that the conglomerate will remain true to its reputation. Let's look more closely at 3M to see whether it's likely to raise its dividend in 2017.

It's hard to find a longer track record of dividend growth than what 3M has produced, with nearly 60 years of consistent annual payout increases. Moreover, the pace of that growth got faster just a few years ago, with increases of 35% and 20% in 2014 and 2015, and an 8% rise in 2016.

In 2017, 3M's dividend growth started to slow back toward more typical historical levels. A 6% rise brought the payout to $1.175 per share quarterly. Yet over the past 12 months, the dividend yield for 3M has fallen to about the market's average of 2%, reflecting a big rise in its stock. 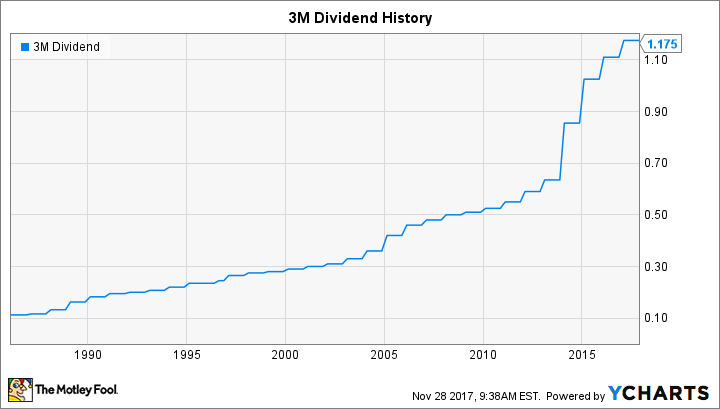 Fundamental strength has been a key part of 3M's most recent surge. As an innovation-based company, the conglomerate often makes long-term bets on projects that could pay off with big gains well into the future. Lately, several of those projects have started to provide growth for 3M, including work in organic LED technology, as well as cutting-edge films for smartphones and other electronic devices. The result has been higher earnings projections, with 3M now expecting more than $9 in earnings per share for the current fiscal year.

Will 3M give investors a 2018 dividend hike?

Part of 3M's philosophy with respect to capital allocation is that the company wants to share its earnings success with shareholders by increasing its dividends. The conglomerate doesn't have a dividend target that's explicitly tied to earnings, but in broader terms, if it can produce continued earnings growth, then 3M also wants to raise dividends in line with its bottom-line gains. 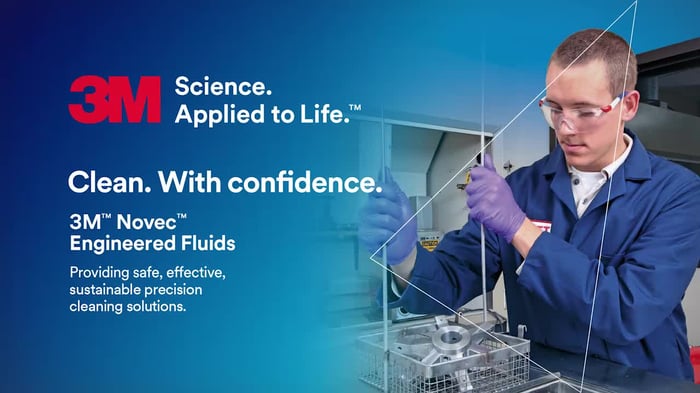 What investors shouldn't expect, though, is a return to the huge increases of the early to mid-2010s. Most of those following the stock anticipate that 3M's bottom line will rise at a roughly 8% pace over the next several years. Although company officials hope for double-digit growth rates, the likelihood of increases much beyond 10% is fairly modest.

Based on recent experience, 3M will almost certainly reach the 60-year mark with a dividend increase in January 2018. A rise to $1.25 per share would be a nice round figure, and the 6% increase that it would represent is consistent with 2017's boost, and well within any target range that 3M might have.

In the long run, 3M shareholders can expect the conglomerate to keep rewarding them with dividend income. The biggest question is whether the stock can keep producing outsized gains in the years to come.

Will 3M Raise Its Dividend in 2018? @themotleyfool #stocks $MMM Next Article
Current