Thursday was one of the strongest days the stock market has seen in months, with the Dow Jones Industrials having been up almost 400 points at one point during the day before giving back a small portion of those gains. The rally was also broad-based, with other major benchmarks seeing gains of nearly 1%. Optimism that tax reform will make it through Washington helped spur large gains, and market participants shrugged off concerns expressed by some influential investors that stocks are starting to look expensive. Some companies' shares had even better gains than the overall market, and L Brands (NYSE:BBWI), Enbridge (NYSE:ENB), and Tilly's (NYSE:TLYS) were among the best performers on the day. Below, we'll look more closely at these stocks to tell you why they did so well.

Shares of L Brands climbed 7% after the company reported its sales results for the four-week period that ended on Black Friday. The parent of Victoria's Secret and Bath & Body Works said that net sales climbed 2%, and although comparable sales were down 1% for the period, the retailer's strategic decision to exit the swimwear and apparel categories was largely responsible for that decline. The market had initially reacted negatively to the news, but shares quickly picked up steam during the morning as investors focused on reduced promotional activity and solid Thanksgiving weekend results. If L Brands can deliver on promises to boost margin and stay in touch with fashion trends, then today's stock gains will look justified. 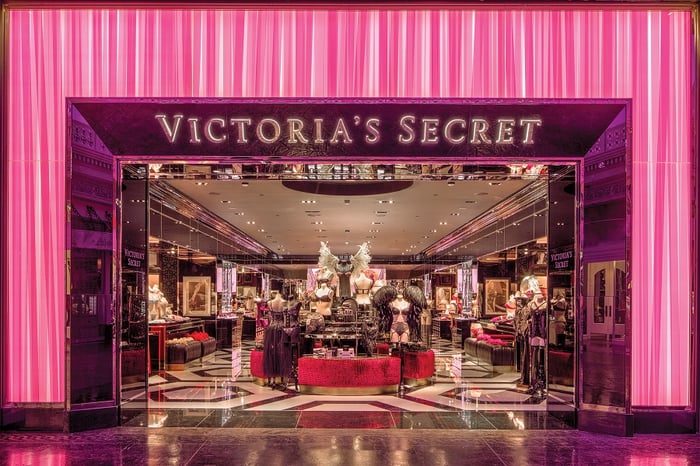 Enbridge stock gained 6% in the wake of the company's release of its strategic plan and financial outlook for the next three years. The energy infrastructure giant sees itself growing its available operating cash flow and dividends at a 10% rate from now through 2020, with the intent to sell or monetize at least 3 billion Canadian dollars' worth of assets over the coming year in order to accelerate its debt-reduction efforts. Combined with plans to sell stock in order to raise capital for paying down debt as well, Enbridge investors seem more comfortable that the energy company will be able to handle its leverage before higher interest rates start to boost debt-maintenance costs. With Enbridge celebrating the benefits of the Spectra Energy merger earlier this year, getting its balance sheet under control is the next logical step.

Tilly's loads up the till

Finally, shares of Tilly's soared 25%. The youth-oriented retailer released its fiscal third-quarter results late Wednesday, which included a slight rise in overall revenue on a 1.5% gain in comparable-store sales. Net income was up by more than a third from year-ago levels, and Tilly's CEO Ed Thomas said that "continued strict inventory and expense management" has resulted in getting margin figures moving back in the right direction. Tilly's has had the attention of turnaround-oriented investors for months now, but the progress that the retailer has made is finally also starting to get the rest of the market to take notice as well.