Earnings exceeded expectations. Expectations for the future did not.

Tiffany & Co. (TIF) reported its fiscal Q3 2017 earnings early Wednesday morning, sparking an immediate 1.6% sell-off in the shares. By the end of Thursday, however, the negative sentiment had already reversed, and Tiffany stock was trading back above where it was pre-earnings.

Which reaction to Tiffany's earnings was the right one: Selling it or buying it? Well, according to the analysts at KeyBanc, it's the latter. This morning, KeyBanc upgraded shares of Tiffany to overweight. 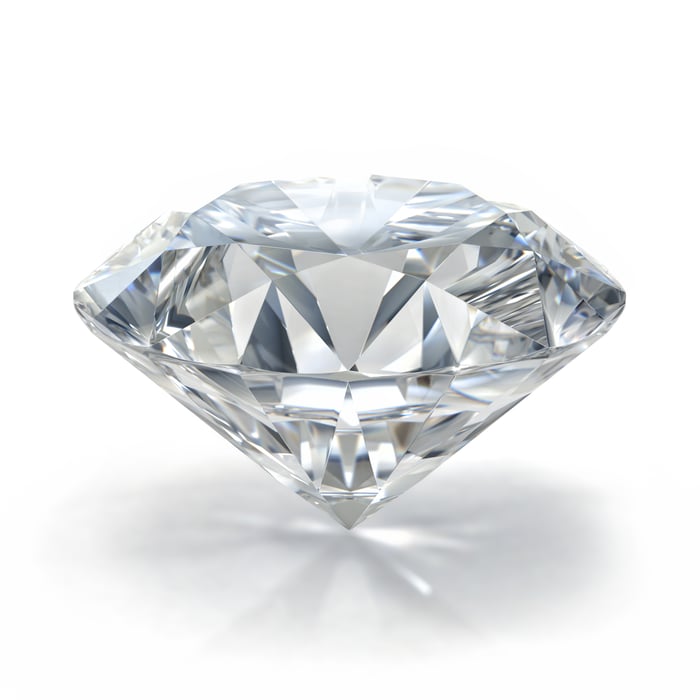 Tiffany reported a 3% gain in worldwide sales year over year for fiscal Q3 -- $976 million total -- with sales in Japan sinking 8%, but sales elsewhere in region more than making up the difference for 15% total growth in Asia-Pacific. U.S. sales increased 1%, and European sales were up 5%. Diluted per-share profits grew 5% year over year to $0.80.

By any measure, Tiffany's results exceeded analysts' expectations. Wall Street had predicted that Tiffany would earn only $0.76 per diluted share on sales of $957 million. Even gross margins increased -- up a modest 30 basis points to 61.3%.

2. What KeyBanc had to say about that

In a note covered by StreetInsider.com (requires subscription), KeyBanc keyed in on Tiffany's "recent strength in silver jewelry" sales (which are generally lower-priced) and "signs of improvement in higher-end jewelry." Noting the slight improvement in margins, KeyBanc predicted that over the next few years, investors should expect to see Tiffany's profit margins increase 50 to 100 basis points per year.

Combined with also-rising sales, this should yield continued earnings growth for Tiffany & Co., a fact that KeyBanc says justifies a $115-per-share price target on Tiffany stock.

3. Management is hungry for more

Over the "medium to long-term," Bogliolo said he expects Tiffany to deliver "meaningful comparable store sales growth" (comparable-store sales were actually down 1% in Q3) as well as "drive higher operating margins and earnings growth" than what we already saw in Q3. Sounding a welcome note of competitive drive, during the  earnings call Bogliolo observed that some of Tiffany's competitors had outperformed it on sales growth in Q3 -- but going forward, this "will not be acceptable in the long term."

As for today, here's how things currently stand:

With only two months remaining in its fiscal year, Bogliolo says investors should expect to see Tiffany close out 2017 with sales growing "by a low-single-digit percentage" in comparison to last year. This jibes well with analysts' 2.7% sales growth estimate. On the other hand, earnings will show only "high-single-digit percentage" growth. But even taking that at its extreme, and applying a 9% growth rate to the $3.55 that Tiffany earned last year, it still only gets Tiffany to perhaps $3.87 per share in profits this year -- which would fall short of analysts' projected $4.00 in 2017 earnings.

Granted, $3.87 per share in profits would lower Tiffany's P/E ratio from its current level of 26.3 times earnings to 25 times earnings by year-end. On the other hand, when you look at real cash profits, Bogliolo is promising free cash flow of only $450 million this year. Weighed against Tiffany's $12.1 billion market capitalization, that works out to a price-to-free-cash-flow ratio of 26.8 on Tiffany stock -- making the stock more expensive than it appears when valued only on GAAP profits.

Combined with Tiffany's warning about earnings missing estimates, this gives you a pretty good idea of why investors initially decided to sell off Tiffany stock on Wednesday. Were they right to buy Tiffany back again on Thursday? Will investors continue buying in the weeks and months to come?

That will depend largely on whether Tiffany can exceed the low expectations that Bogliolo laid out for this year, and produce the sales and margin growth that he's promised in years to come.