Our team of investors has identified three stocks yielding at least 4% that are more than just income generators.

Seasoned investors know that big dividend yields usually come with trade-offs. In exchange for hefty payouts, shareholders can typically expect to take on risks associated with a struggling business or to forfeit the hope of substantial earnings growth in the near future. That adds an extra layer of challenge to selecting high-yield stocks that are worth holding for the long term, but building a portfolio on the foundation of strong income generators is still one of the best ways to generate marker-beating returns.

With that in mind, we asked a panel of Motley Fool investors to profile a stock that's yielding more than 4% and has a promising outlook. Read on to see why they have identified Ford Motor Company (F 1.71%), Cogent Communications Holdings (CCOI 1.55%), and AT&T (T 1.67%) as dividend stocks you shouldn't miss out on. 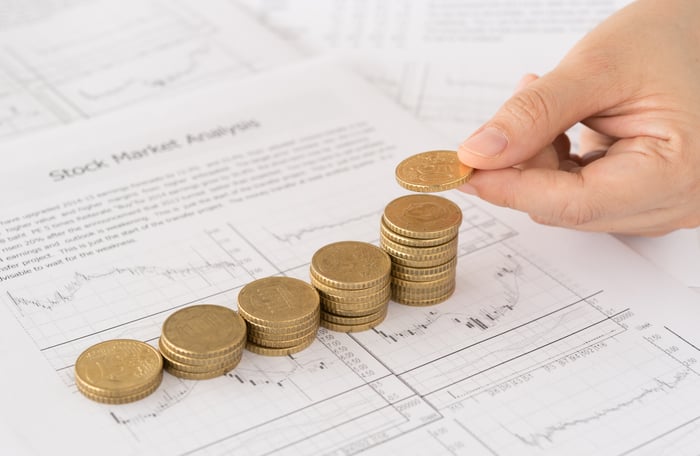 Positioned to thrive in a fast-changing business

John Rosevear (Ford Motor Company): Former Wall Street darling Ford Motor Company (F 1.71%) has fallen a bit out of favor with investors recently. But I think there are good reasons to take a closer look at the Blue Oval now, starting with its fat dividend:

Let's get to the elephant in the room: Ford is cheap right now because analysts are concerned that new technologies such as electric drivetrains and self-driving systems, together with new shared-mobility business models, will leave many of the legacy automakers behind.

That's probably true. But Ford is in good shape to thrive amid the changes. CEO Jim Hackett has a deep understanding of high-tech disruption, and he's steering Ford on a course that should give it a prominent role in that new high-tech world while preserving and building on the best of its highly profitable core business today. If it all works -- and I think that's a good bet -- then Ford's profits and stock price should rise significantly from here.

It might take several years to play out. But an investor who buys now and reinvests that fat dividend might be very pleased with the results in time.

Tim Brugger (Cogent Communications): With a market capitalization of just over $2 billion, global internet and connectivity provider Cogent Communications may get overlooked. Not  only has Cogent's stock jumped 30% the past year, but it has also upped its dividend -- as it has every quarter for the past five years -- and now has a 4.1% yield.

The strong run has valued Cogent fairly steep compared with its peers, but consistent growth and global opportunity translate to plenty of upside. Revenue rose again last quarter  to $123 million, up 9%. Cogent's strong cash from operations means the ongoing dividend increases should continue. Last quarter's $28.8 million in cash from operations was a 26% increase from a year ago.

Cogent's per-share earnings of $0.08 were flat year over year largely because of an increase in network costs. However, the rise in overhead was a byproduct of taking on nearly 10,000 new customers. That increase marked an 11% improvement and now gives Cogent 69, 417 users worldwide.

One study  suggests 58% of the world's population, equal to 4.6 billion users, will be connected in four years. The number of connections expected globally is well above last year's 3.3 billion. As fast as Cogent is growing, it's still just scratching the surface of its market potential.

Its nearly limitless opportunity, combined with its strong dividend -- not to mention a five-year-long history of raising it -- is why Cogent warrants a spot on a list of top dividend stocks.

Keith Noonan (AT&T): It's been somewhat of a whirlwind year for AT&T investors. The telecom giant's proposed merger with Time Warner seemed to be on track for approval, only to encounter an unexpected challenge from the Department of Justice (DOJ). Now, the $85 billion acquisition is heading to court, with the fate of the deal resting on the findings and the uncertainty weighing on AT&T's share price. Soft demand for its wireless service and DIRECTV satellite television packages have also contributed to shareholder unease and a roughly 14% decline in the company's valuation year to date -- a stretch that's seen the S&P 500 index gain 18%.

With the market showing signs of fear about AT&T's future and this year's sell-offs pushing the stock's dividend yield to 5.4%, it looks like a good time for income investors to get greedy with one of the leading companies in telecom. While the holdup on the Time Warner acquisition represents a meaningful setback, AT&T has indicated that it's willing to make concessions to address some of the issues the Department of Justice's antitrust suit has raised, and there seems to be a good chance the deal will eventually go through. Even if it doesn't, AT&T is positioned to be a leader in 5G network technology and Internet of Things services that will be at the heart of the next generation of device connectivity, and it should have the opportunity to ride these catalysts to meaningful growth.

With the stock trading at roughly 12.5 times forward earnings and a 33-year history of annual dividend increases that suggests its dividend profile will only get better, AT&T is a top stock for investors seeking big yield.