Please ensure Javascript is enabled for purposes of website accessibility
Log In Help Join The Motley Fool
Free Article Join Over 1 Million Premium Members And Get More In-Depth Stock Guidance and Research
By Lou Whiteman - Dec 4, 2017 at 7:32AM

The veteran railroad exec was brought in to lead a turnaround, but with the stock up more than 50% and challenges ahead, maybe it's best to take gains now.

Hunter Harrison, not even a year into the job as CEO of railroad CSX (CSX -0.34%), told the audience at an investor conference this week that he is "trying to step back a little bit" to give the rest of the management team space. Given the way shares of CSX have soared just on the prospect of a Harrison-designed turnaround, it might be wise to hit the exit before he does.

Shares of CSX popped 29% in January after word leaked that activist fund Mantle Ridge would attempt to replicate the turnaround Bill Ackman's Pershing Square Capital Management spearheaded at Canadian Pacific. CSX's stock eventually hit an all-time high as part of the excitement, and with good reason: Ackman's five-year run with Canadian Pacific that started in 2011 was a success for investors, with CP shares more than tripling during the time he was involved. 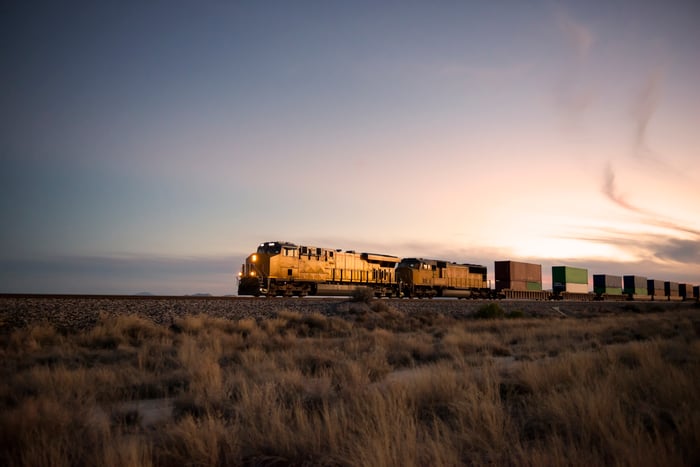 Harrison, a veteran railroad exec, was the architect of that CP turnaround, cutting costs and boosting productivity. During his tenure CP's operating ratio, a measure of operating expenses divided by operating revenue, fell from 90.6% in early 2011 to 58.6% in 2016.

CSX in early 2017 seemed like a good candidate for its own turnaround, with full-year 2016 revenue and net income declines of 6% and 13%, respectively, and an operating ratio for the year of 69.4%.

But CSX was always going to be a different challenge, and Harrison, now 73 years old and facing health issues, is a risk of being a short-timer. The company is a hodgepodge of dozens of railroads consolidated over a three-decade span, culminating in a difficult 1999 takeover of Conrail, and houses numerous sub-cultures that don't always march in step.

Its Eastern-focused network tends to run shorter routes through more congested, urban areas compared to its Western and Canadian peers, making streamlining more complicated. And CSX also must deal with a long-term decline in demand for coal, traditionally one of its most important revenue sources. 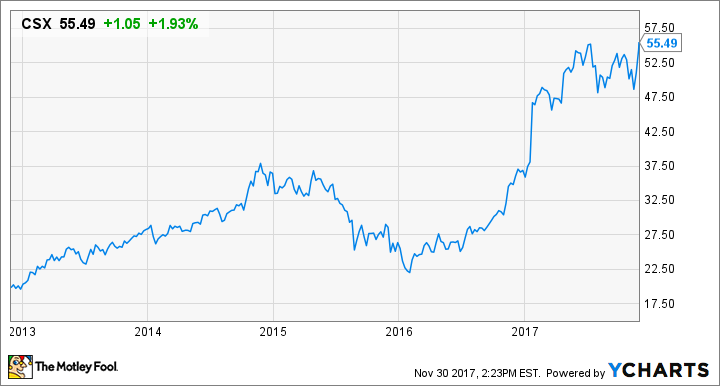 CSX also faces tough choices about whether to focus on higher productivity or cutting costs, for example pulling out of an expensive project that would have modernized a Baltimore, Maryland tunnel that connects the port to its network. The project would have allowed trains with shipping containers stacked two-high to flow in and out of the port.

Harrison's initial efforts have faced some blowback. Earlier this fall, the Surface Transportation Board held a public session to hear mounting complaints from shippers about CSX service disruptions. But conditions seem to be stabilizing: CSX said average train speed during the week ending Nov. 24 was 16.4 mph, up from a 14 mph average during the third quarter, and average daily customer inquiries of late have fallen back into a more normal range after doubling in the third quarter.

The argument here isn't that Harrison and his management team, which includes chief operating officer and longtime Harrison compatriot Jim Foote, can't make an impact at CSX. Rather the fear is that the stock, which is up 55% year to date, has gotten way ahead of itself in its excitement that the turnaround will be a success. The idea that Harrison, who has a four-year contract with the railroad, might soon take a back seat just adds another level of risk to an already complicated story.

Given that CSX, the work in progress, currently trades at a similar price-to-earnings ratio as Canadian Pacific, the finished product, there isn't much reason to stay on board to see if the company can reach its destination.