If you don't know, now you know.

Finding great growth stocks among the growing list of publicly traded companies can seem like an insurmountable task. And discovering great companies that both have lots of upside potential and make good long-term investments can be even harder. That's why we asked a handful of Motley Fool writers to put together a list of some of the best growth stocks investors might not know about. They came back with Himax Technologies (HIMX -3.34%), Tencent Holdings (TCEHY -0.24%), and Skyworks Solutions (SWKS -1.64%). Let's take a closer look at why investors should give strong consideration to each. 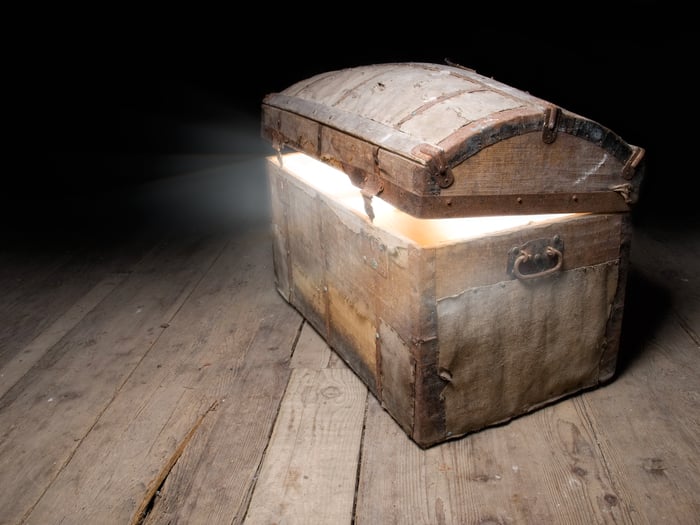 Tim Brugger (Himax Technologies): CEO Jordan Wu told investors the third quarter would be a turning point for Himax, and it was. Earlier supply issues for its industry-leading wafer level optics (WLO) used by its mobile device customers are no longer an issue. Himax expanded its production capacity via a new facility and has already ramped up shipments. Himax will really hit its WLO stride this quarter and into 2018.

In partnership with Qualcomm, Himax has developed a new 3D sensing solution called SLIM specific to Android devices. Customers are already clamoring for SLIM, and Himax will begin filling those orders early next year. Himax is also diversifying its revenue mix, and SLIM will further that effort.

The early results of Himax gaining traction where it counts was last quarter's $197.1 million in revenue, down year over year, but up 30% sequentially. A key Chinese customer pushed its large display driver order back, so in conjunction with additional orders expected, the 5.4% sales increase over the prior quarter should nearly double this period. Small and medium driver revenue soared 24.5% sequentially to $87.2 million, led by smartphone sales, which grew over 30% compared to the second quarter.

Himax is also tackling the fast-growing automotive market and already generates more than $20 million in revenue. The bottom line is that Himax is just now hitting its stride and is poised for an outstanding 2018. And that's why in-the-know investors would be wise to look beyond traditional metrics and give Himax stock a good look.

Danny Vena (Tencent): Unless you have more than a passing interest in Chinese companies, you've probably never heard of Tencent Holdings. You might be surprised to learn that the company is home to three of the largest social networks in China.

The largest, WeChat (locally called Weixin or "micro letter") boasts 980 million monthly active users and is the most popular mobile messaging app in China, but that vastly underestimates its reach. Similar to WhatsApp, the platform can send text, voice, and photos and has a popular curated newsfeed.

WeChat also has an extensive menu of location-specific functions that can only be used by consumers in China. It allows users to order food, hail rides, and check in for flights -- all without ever leaving the app. It also has an extensive mobile wallet that can be used to make payments both online and in-store as well as to text money to friends and pay utility bills.

Tencent is also the largest video-game publisher worldwide, generating more than $10 billion in revenue from games last year. Revenue from its mobile gaming segment soared 84% year over year to $2.2 billion. Much of that growth comes courtesy of Honor of Kings; the company's flagship game has over 160 million registered users.

In its most recent quarter, Tencent grew revenue to $9.8 billion, up 61% year over year, while net income of $2.7 billion jumped 69% over the prior-year quarter.

This kind of growth represents a compelling opportunity for in-the-know investors.

A small, but important tech supplier

Chris Neiger (Skyworks Solutions): Skyworks Solutions isn't a household name, but if you've ever picked up an iPhone, then you've likely used some of the company's technologies. Skyworks makes all sorts of semiconductors -- amplifiers, filters, front-end modules, etc. -- that help improve wireless signals and power management for some of the biggest tech companies on the planet. Apple is one of the company's biggest customers, and about 40% of its top line can be attributed to the iPhone maker right now.

What's driving all of this growth is the company's ability to expand its customer base and get its technologies into even more devices outside of the smartphone market. For example, Skyworks has earned recent design wins from the likes of Samsung, Amazon, Cisco Systems, and others. The company noted in the quarter that its chips are now found in smart thermostats, home security systems, in-vehicle telematics systems, virtual reality devices, drones, and smartwatches.

Skyworks Solutions' share price has surged more than 30% over the past year, but there's likely more growth ahead for this unknown, but powerful, connectivity player. Management expects revenue to increase by 15% in the first quarter of fiscal 2018, and for non-GAAP diluted earnings per share to jump by 19%, both on a year-over-year basis.

The company's management is also looking ahead to how the company will benefit from new technologies, like ultra-fast 5G wireless networks. Skyworks CEO Liam Griffin said on a recent earnings call: "And when you look out in the 5G and some of these more complex markets, that's really going to be the strike zone of what we do at Skyworks."

Even with all of its current growth, and future prospects, Skyworks Solutions' shares are trading at just 12 times the company's forward earnings. All of which means that this under-the-radar tech stocks is looking relatively inexpensive compared the broad tech sector.