After a two-day rally, shares of Blue Apron Holding Inc (NYSE:APRN) were cooling down today as some analysts expressed skepticism that a new CEO would be able to turnaround the struggling meal-kit provider. As a result, the stock was down 5.3% as of 11:40 a.m. EST. 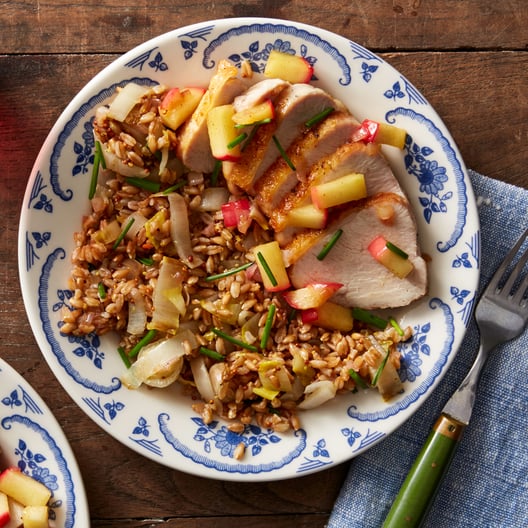 Blue Apron shares popped on Friday when the company said Matt Salzberg would step down from the CEO post to be replaced by CFO Brad Dickerson, who had previously served as CFO and COO at Under Armour. Yesterday, the stock continued to rally after an upgrade from Barclays analyst Ross Sandler. However, the stock gave back some of those gains today after other analysts expressed negative sentiment. RBC Capital downgraded the stock to sector perform, saying, "Brad Dickerson may very well prove to be a successful CEO, but at the margin we view the management change as implying less visibility and certainty into Blue Apron's fundamentals." SunTrust analyst Youssef Squali also expressed doubts, noting that a lockup period was going to expire at the end of the month and that the stock was facing rising competition from Amazon's meal-kit service and Albertsons, after its recent acquisition of Plated, one of Blue Apron's competitors.

Even after today's slide, Blue Apron shares are up 20% over the last three sessions, but that can't make up for the 60%-plus drop the stock has experienced since its June initial public offering. In the same press release announcing the CEO change, the company also said that on-time, in-full rates had improved at its new Linden, New Jersey facility and that margins were significantly increasing. While that is surely good news, the company still expects revenue to decline in the double digits for the current quarter. No doubt Dickerson has his work cut out for him as he assumes the leadership role.