Alphabet and the world's largest online retailer are playing keep-away with their platforms, and Roku is showing that being platform-agnostic is the way to go.

Amazon.com (AMZN 3.15%) and Alphabet's (GOOG -0.27%) (GOOGL -0.21%) Google are trading blows at the worst possible time. The two tech giants are withholding support for key platforms in an effort to hold back the competition as we dive into the critical holiday shopping season, and The Verge chronicles the blow-by-blow details.

This dangerous game of one-upmanship reportedly began a few months ago when Alphabet pulled YouTube app access from Amazon's Echo Show device. Amazon responded by removing Alphabet's Nest smart thermostats, cameras, and alarm systems from its storefront. Amazon is also not selling Alphabet's Google Home and Chromecast hardware. The stakes are about to intensify, as Alphabet will pull YouTube access from Amazon's more prominent Fire TV platform at the end of this month, just as Google Cast can't access Amazon's Prime Video offerings.

The article concludes by pointing out that asking Amazon's Alexa to buy a Chromecast leads to a pitch for an Amazon Fire TV stick instead. The second and final option is a Roku (ROKU 2.15%) device. 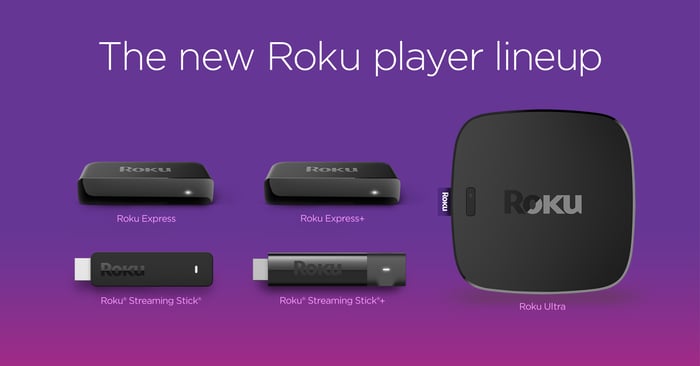 There's a winner in even a lose-lose battle

It pays to be platform-agnostic when two brawny behemoths are beating each other up. Fire TV will be less compelling next month given the top-dog status of YouTube as a free ad-supported service. Anything that Amazon does on its end to make its digital video offerings harder to stream through Google platforms and devices will also do nothing but hurt both camps.

Amazon and Google won't always come to blows. Just last month we saw Amazon Music's Android app updated with Chromecast support. However, even if these titans of tech eventually settle their differences, the sting of the disruption lingers -- and Roku wins.

Roku's on fire these days. The set-top internet streaming device is still selling briskly, and a fifth of all smart TVs are now powered by Roku's operating system. More importantly, its installed user base is growing, and folks are leaning on Roku more with every passing quarter. Active accounts have soared 48% to 16.7 million homes over the past year. Streaming hours have risen by 58% to 3.8 billion hours with platform revenue soaring 137%, so engagement and monetization are off the charts. Now throw in a good reason for shoppers to steer clear of Amazon and Alphabet hardware this holiday season, and for Roku and it makes a good thing even better -- like topping a Chipotle burrito with queso.

Roku's agnosticism has been praised before. When Needham analyst Laura Martin boosted her price target on the stock last week, she pointed out how it's a beneficiary of the glut of streaming services that are available or are on the way. No matter who emerges from the inevitable content shakeout, Roku will win. Now we're seeing fisticuffs fly as Amazon and Alphabet play Rock 'Em Sock 'Em Robots, and no matter whose head pops here, Roku's going to be the one that comes out on top.