Please ensure Javascript is enabled for purposes of website accessibility
Log In Help Join The Motley Fool
Free Article Join Over 1 Million Premium Members And Get More In-Depth Stock Guidance and Research
By Taylor Muckerman - Dec 6, 2017 at 8:32AM

Natural gas producers have been poor-performing stocks for years. Is there a savior on the horizon?

It's no secret: Natural gas producers have been in need of something to bail them out over the past decade.

Let's just take a minute and rewind to July 2008...the last month that the price of natural gas averaged above $10 per million British thermal units (MMBtu). Since that time, prices have been in a steady, though volatile, decline. 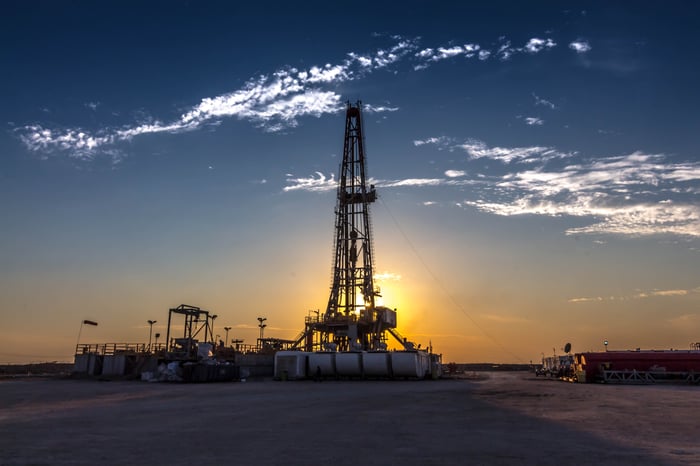 Realizing that, it should come as no surprise that some of the bigger names in U.S. natural gas production have seen their shares languish over that time frame:

Those results are tough to stomach, especially when compared to the 105.4% gain in the S&P 500 during the same stretch.

What in the shale?

By and large, these producers kicked the stool out from underneath themselves because they a) got too good at their jobs and b) got a bit ahead of the game.

Thanks to the power of fracking and the vast resources in places like the Marcellus and Utica shales, companies were able to boost production by over 28% in the span of a decade.

And, unfortunately for them, consumption growth just didn't keep up within the States.

So what will save these producers?

I don't believe it will be domestic demand that helps resuscitate prices. No: It'll be from countries seeking to import America's bounty of natural gas, at higher prices than can found domestically.

Since May 2016, American companies have been exporting liquid natural gas (LNG) to countries like South Korea, Spain and the U.K., thanks to the foresight of Cheniere Energy (LNG -1.09%).

It now has three of its six approved LNG trains online at its Sabine Pass facility in Cameron Parish, Louisiana. Once fully operational, it will have the capacity to export up to 3 billion cubic feet per day, or nearly 33% of America's total in 2019.

It's projects like this that have helped the U.S. become a net exporter of natural gas this year. And because other companies are preparing to bring their export terminals online, the International Energy Agency suspects the U.S. will become the largest natural gas exporter in the world in the 2020s.

Even with prices at these low levels, U.S. producers are expected to continue growing production for the foreseeable future, thanks to further cost-cutting and gains in production efficiency. While this would have historically maintained downward pressure on prices, the potential for greater exports could be just the lifeline producers have needed for some time.

That's why investors hoping to profit off investments in these producers will want to pay close attention to the progress being made by companies, like Cheniere Energy, that are either currently constructing export facilities or are awaiting government approval. Any major setbacks or policy changes could have a thesis-altering impact.