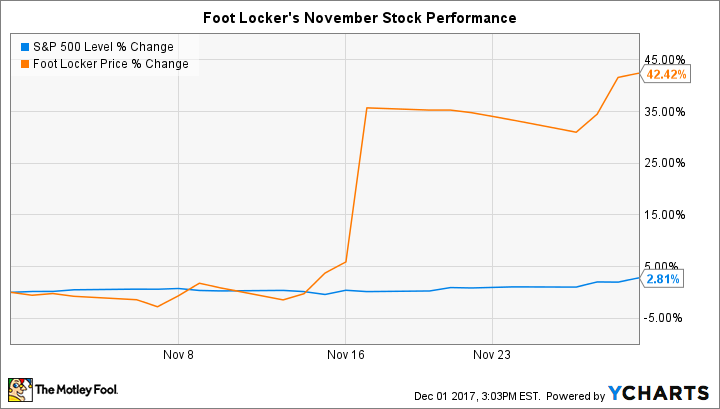 The surge wasn't enough to put a dent in recent shareholder losses, though. Foot Locker remains down by over 30% so far in 2017 even as the market has risen by 17%.

November's rally followed third quarter earnings results that were released on Nov. 17. In that report, the footwear retailer announced a 2.3% drop in comparable-store sales, which beat management's forecast of a decline of between 3% and 4%. 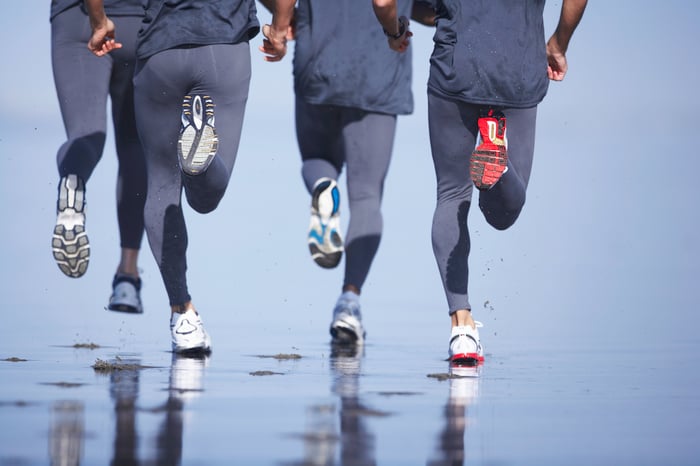 Foot Locker also revealed weaker profit margins as it cut prices to clear out inventory, but CEO Richard Johnson and his team said demand trends were improving heading into the holiday shopping season.

A stream of innovative products coming to market, including in the Nike Air Max and VaporMax running platforms, have Foot Locker executives feeling confident that they'll meet, or perhaps exceed, their full-year guidance. That's not exactly great news, given that the latest forecast calls for continued comps declines.

However, a stabilizing business will be a key piece of any rebound that the retailer might manage in 2018. And if sales losses moderate, Foot Locker likely won't need to close many of its 1,800 retailing locations in the U.S. market.