Find out which of these stocks had to deal with negative comments from analysts.

Wednesday was a calm day on Wall Street, and major benchmarks were mixed but generally stayed relatively close to the unchanged mark. Without significant news to change investor sentiment, market participants are generally focusing on the ongoing tax reform efforts in Washington, while also steeling themselves for any potential surprise news on the geopolitical or macroeconomic fronts. Even though the path of least resistance for stocks lately has seemed to be up, several individual companies had bad news that sent their share prices lower. Tronox (TROX 7.07%), OSI Systems (OSIS 1.65%), and Himax Technologies (HIMX 0.11%) were among the worst performers on the day. Below, we'll look more closely at these stocks to tell you why they did so poorly.

Tronox gets a shock

Shares of Tronox sank 27% after the pigment specialist found out that the U.S. Federal Trade Commission had filed a lawsuit against it. The maker of titanium dioxide had proposed early this year to purchase the pigment business of privately held Saudi Arabian industry peer Cristal in a deal worth about $1.7 billion, with a status report just three days ago having suggested that the purchase was on track to go forward. Yet late Tuesday, the FTC lawsuit sought a temporary restraining order and preliminary injunction. Tronox immediately responded that it will "vigorously fight" the lawsuit, but investors remain uncertain whether the deal will go through as initially planned. 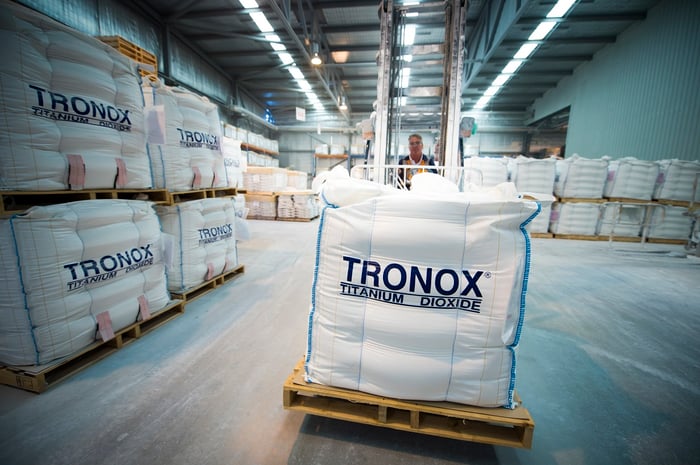 OSI takes a hit from a short attack

OSI Systems stock plunged 29% in the wake of negative comments from a renowned short-selling analyst company. Muddy Waters Capital said that it would sell shares short in the electronic scanning equipment specialist, citing a dangerously concentrated customer list and making inflammatory negative comments about the quality of OSI's business in general. Muddy Waters has a track record that includes some successful calls against companies that later suffered substantial losses, so investors in OSI are taking the statements seriously despite the clear incentive that the short-seller has in raising doubts about the company.

Finally, shares of Himax Technologies fell 10%. The fabless semiconductor company came under pressure after analysts at Rosenblatt made negative comments about its business prospects, maintaining their rating of sell on the stock and setting a $6-per-share price target. Himax has seen success in assisting clients with 3D sensing functions by providing its wafer-level optics technology, and bullish investors have hoped that demand for improved sensing functionality in electronic devices would drive growth for Himax. Yet Rosenblatt sees Himax's aspirations as overly optimistic, and competition could prove problematic even as Himax sees greater difficulties in other parts of its overall business. With such differing opinions, it'll be interesting to see which views wins out in the long run.