After taking huge strides in China between 2012 and 2015 -- and then stagnating -- it's time for Ford to take another step forward in the world's largest automotive market.

Half a decade ago, one of Ford Motor Co.'s (F -1.64%) sources of growth was the exploding Chinese automotive market. Between 2012 and 2015, Ford posted strong annual sales gains there, and Chinese consumers more recently have gravitated toward its luxury Lincoln lineup. However, over the past two years, as you can see on the chart below, the automaker's growth story has fizzled. 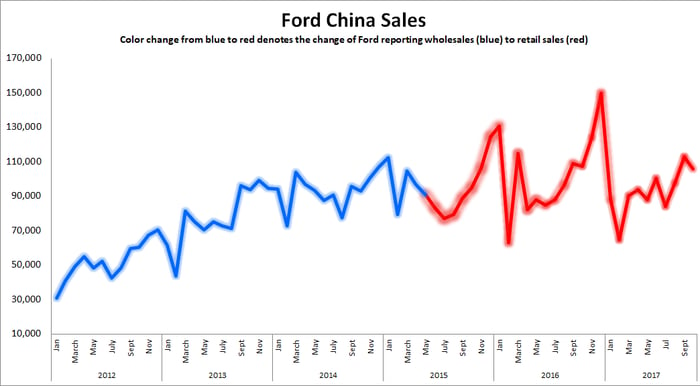 The good news? Management recognizes the issue, and has laid out a plan to reignite sales in what should still be a pillar of revenue growth for Ford.

A slew of new vehicles coming

One way for Ford to stoke growth in a region quickly is simply to expand the number of models it sells there -- and it plans to do just that: Ford will launch 50 new models in China by 2025. Peter Fleet, Ford's head of Asia Pacific, forecast the company's China revenue would grow by 50% over the same period.  And while China's automotive market is far less lucrative than the U.S. market, a 50% top-line gain there over that time-frame would be a huge win for investors -- especially at a time when domestic sales are peaking.

"China is not only the largest car market in the world, it's also at the heart of electric vehicle and SUV growth and the mobility movement," said Executive Chairman Bill Ford. "The progress we have achieved in China is just the start. We now have a chance to expand our presence in China and deliver even more for customers, our partners and society."

Just as important as launching a plethora of new vehicles into a market is releasing the right vehicles. With China's serious pollution problems, the government in Beijing will continue to encourage sales of electric vehicles, which will make them even more central to automakers' strategies going forward.

Staying ahead of the EV curve 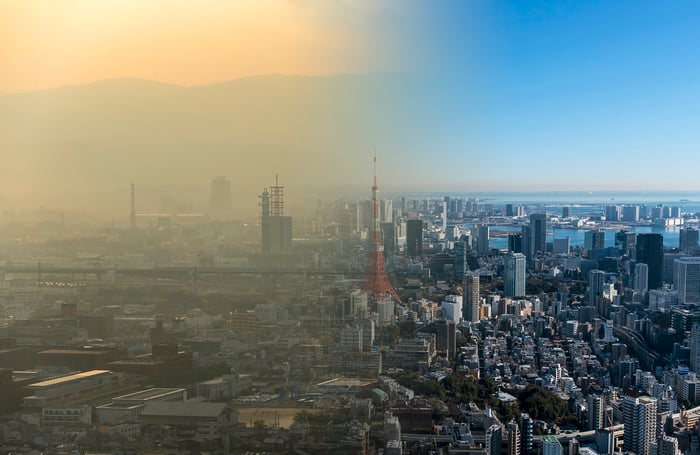 Under a plan set to expire at the end of 2017, Beijing has been forgiving the country's 10% vehicle purchase tax for electric models; according to Automotive News China sources, the government now intends to extend that tax rebate on EVs through at least 2020. Such a move would certainly give fresh momentum to the recent surge in EV sales: In 2016, China's sales of all-electric vehicles and plug-in hybrids jumped 53% to 500,700 units, and the number of electric vehicles on the road in China has tripled since 2015, according to the China Association of Automobile Manufacturers.

That would be good news for Ford because at least 15 of the aforementioned new 50 models to come will be electric, although it's unclear if all would meet the standard for the tax rebate. In fact, Ford has previously noted at least 70% of the Ford-brand vehicles sold in China will offer electric or hybrid propulsion by 2025. While those will generate a far smaller percentage of total sales, at least initially, staying ahead of the EV demand curve will keep the company well positioned to gain market share.

Ultimately, Ford needs to reinvigorate its overall growth story as sales in the U.S. slow, and unleashing 50 new models in China by 2025 with a focus on the surging EV market is definitely a step in the right direction.