You don't have to sacrifice growth when looking to bolster income: Some stocks offer both.

Income-seeking investors don't have to sacrifice growth to enjoy a healthy payout. Some stocks offer both a steady stream of income along with strong growth potential. With that in mind, we asked a few of our investors for stocks that offer both industry-leading dividends along with potential upsides. 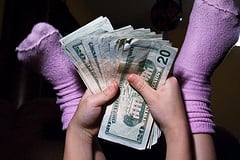 The fun has just begun

Tim Brugger (Cisco): With its stock up 10% since sharing its latest earnings news last month, Cisco shareholders are finally enjoying what is quickly becoming a successful transformation.

Revenue once again dropped year over year by 2% to $12.1 billion, which wasn't surprising given Cisco's shift away from legacy switches and routers to Infrastructure-as-a-Service (IaaS), software delivered via the cloud, and the Internet of Things (IoT). Another strategic initiative of CEO Chuck Robbins' is making Cisco a more efficiently run company, and it paid off again last quarter.

Despite the slight drop in sales -- though guidance is for a return to revenue growth in the current quarter -- Cisco managed to post a 4% increase in earnings per share (EPS) of $0.48 thanks to a 7% drop in operating expenses to $4.7 billion. The 12% rise in Cisco's dividend payout compared to a year ago has put its 3.1% yield head and shoulders above its peer group average of 2.2%.

Though its transition to cutting-edge markets and strong dividend are certainly important points, it's Cisco's relative value that earns it a spot on a list of top stocks with high dividend yields. At 19.5 times trailing earnings, and at just 15 times projected earnings, Cisco is trading well below its current peer average of 36.

Don't expect mind-blowing quarters of revenue growth from Cisco, that's not Robbins' objective. Rather, Cisco is about growing recurring revenue via its IaaS and software offerings. Last quarter, 32% -- equal to $3.87 billion -- of Cisco's revenue was recurring. And the recently acquired BroadSoft, with its suite of cloud software solutions, should help Cisco continue building its reliable foundation of ongoing revenue.

Keith Speights (Pfizer): Pfizer put the "big" in big pharma. The company's market cap is over $200 billion. It's on track to generate revenue of more than $52 billion this year. In terms of prescription drug sales, Pfizer ranks No. 1 in the world.

Pfizer has put the "big" in big dividend, too. Its dividend currently yields 3.6%. That's not the highest yield among big pharma stocks, but its the highest that shouldn't be in jeopardy of being cut.

You won't get dizzying levels of growth with Pfizer, though. Analysts think the company will increase its earnings by around 6% annually over the next five years. But that's significantly higher growth than Pfizer achieved during the last five years, a period in which the stock had a total return of more than 65%. That's not bad at all.

There are several things that could be catalysts for Pfizer stock in the near future. One is the increasing likelihood of tax reform in the U.S. Another is the potential to either sell or spin off its consumer healthcare business. The company could also make another acquisition. After a couple of big deals in 2016 with the purchases of Anacor and Medivation, Pfizer was quiet on the business development front this year.

One thing that isn't big about Pfizer is its valuation. Shares currently trade at less than 13 times expected earnings. With that kind of attractive earnings multiple and a strong dividend, Pfizer is a stock you can buy now and hold for a long time to come. 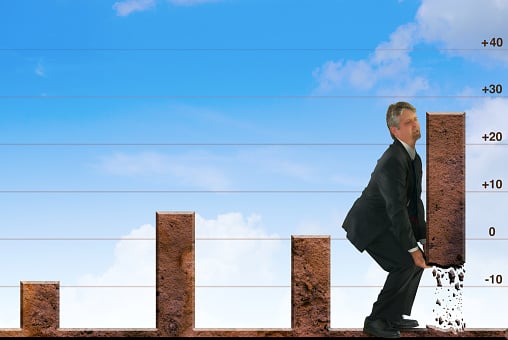 Matt DiLallo (Enterprise Products Partners): Pipeline giant Enterprise Products Partners currently yields an impressive 6.8%. Even better, investors can sleep soundly knowing that this income stream isn't going anywhere but up. That's because the company currently gets about 92% of its earnings from stable-fee based contracts. Further, it covers the payout with cash flow by a comfortable 1.2 times. Finally, it has one of the best balance sheets among MLPs, including one of the highest credit ratings in the sector backed by improving leverage metrics.

Meanwhile, Enterprise Products Partners plans to put its payout on an even firmer foundation by growing it at a slower pace over the next year. The company currently has more than $9 billion of fee-based expansion projects slated to enter service through 2019, which should drive cash flow much higher. However, instead of matching distribution growth with that rate, Enterprise plans to retain more money over the next year. That plan will further increase its margin of safety and all but eliminate the need to sell equity so it can finance growth projects after next year.

Enterprise's conservative financial approach has enabled it to consistently grow its lucrative distribution to investors through thick and thin, including boosting it in 53 straight quarters. That trend now appears even more likely to continue given its plan to increase an already comfortable margin of safety. That makes it a top stock for income seekers to consider owning for the long haul.