Please ensure Javascript is enabled for purposes of website accessibility
Log In Help Join The Motley Fool
Free Article Join Over 1 Million Premium Members And Get More In-Depth Stock Guidance and Research
By George Budwell - Dec 11, 2017 at 9:15AM

The company's experimental CAR-T therapy with Celgene Corp. may be a game changer for multiple myeloma.

Shares of the clinical-stage biotech bluebird bio (BLUE 6.41%) rose by as much as 23.9% in pre-market trading today. The catalyst? The company reported that its CAR-T candidate, bb2121, produced "unprecedented responses" in patients with advanced forms of the deadly blood cancer known as multiple myeloma in a small, early-stage dose-escalation study.

Bluebird is co-developing bb2121 with Celgene Corp. (CELG) as part of their broader gene therapy in oncology partnership. As a result, Celgene's shares are also up by 3.7% in pre-market in response to the duo's presentation at the American Society of Hematology Annual Meeting over the weekend, where these data were originally unveiled. 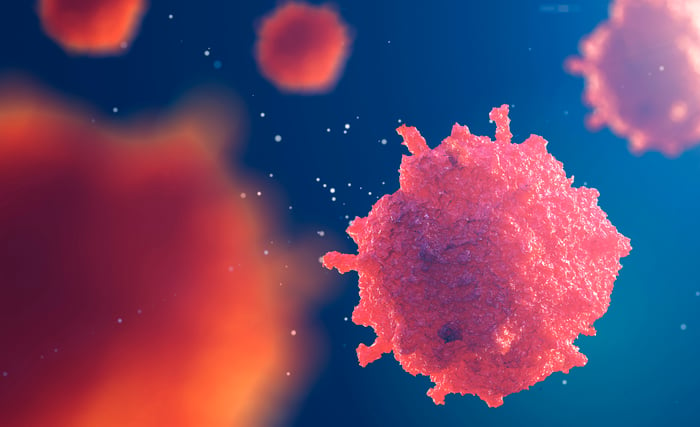 The jaw-dropping part of the presentation that's driving bluebird and Celgene's shares higher this morning is that a surreal 94% (17/18) of patients in the study exhibited objective responses to the experimental cell-based therapy. Moreover, the two companies reported that at least seven patients were complete responders at the last cut-off date.

In addition to bb2121's promising efficacy profile, the therapy's safety data were among the cleanest ever reported for a CAR-T therapy thus far. So while this study was indeed small, bluebird and Celgene may have a game changer on their hands for advanced multiple myeloma.

Not surprisingly, bluebird and Celgene plan on rapidly advancing bb2121 into a larger, pivotal-stage trial as soon as possible. These results, after all, are essentially a first for a multiple myeloma treatment of any kind. These two companies could therefore become the third group to bring a CAR-T therapy to market all within a few months' time. And if this line holds, bluebird is probably going to be a highly sought after buyout candidate in 2018, based on the immense demand for these novel cell therapies right now.