Looking to build generational wealth? These three stocks can get the ball rolling.

Do you dream of passing along your wealth to your children someday? If so, then you'll want to fill your portfolio with stocks that can stand the test of time.

So which companies do we think could turn into such brag-worthy investments? We asked a team of Foolish investors to weigh in, and they picked Netflix (NFLX 2.90%), SunPower (SPWR -1.01%), and Grubhub (GRUB). 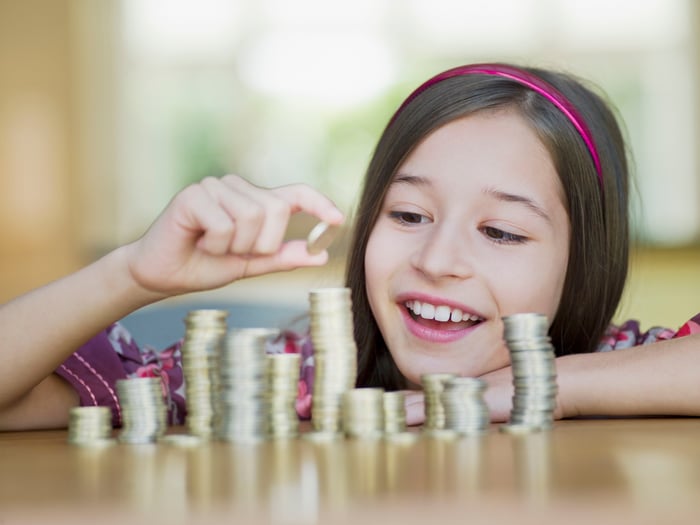 Investing in the future of TV and movies

Leo Sun (Netflix): Netflix is a polarizing stock. The bulls believe that its streaming platform is becoming the world's first true international TV network, while the bears claim it's overvalued at 185 times trailing earnings and 82 times forward earnings. Netflix's debt levels are also surging by the billions as it obtains funding for more original shows and movies.

But if we look at the entire streaming market, no platform matches Netflix's reach. Its total paid memberships grew 25% annually to 104 million last quarter, and it now has more international subscribers than domestic ones.

It's producing original content for individual countries instead of merely broadcasting American shows overseas, as many bigger media companies do. Instead of launching ideas with board meetings, Netflix uses analytics to understand what its viewers watch, and then uses that data to craft new shows or movies that are more likely to succeed.

This next-gen approach is causing a lot of consumers to ditch their cable plans, which offer hundreds of channels of unappealing content. By the time your children grow up, clicking through channels will seem as outdated as adjusting rabbit ears -- and Netflix will have evolved into one of the largest and most forward-thinking media companies on the planet.

If that happens, Netflix's prices today could seem like a bargain. Therefore, your children will probably be impressed that you invested in the future of TV before traditional pay TV services and content distribution models went belly-up.

Travis Hoium (SunPower): When your children are older, they'll look back with confusion when we tell them coal and natural gas used to provide electricity to power the grid. A few decades from now, clean, abundant solar energy will take over energy as we know it and potentially provide a majority of the electricity we use to power homes and even our cars.

It's hard to see solar energy's potential, given that solar provides only about 1% of the electricity produced around the world today. But it's the most abundant energy source in the world, with enough solar energy hitting the earth every hour to power all of our energy needs for an entire year.

SunPower is a technology leader in the solar industry, with a large and growing market share in the residential and commercial solar markets and a new high-efficiency product rolling out for the utility-scale market called P-Series and Oasis. Combined, they give SunPower a diverse set of end markets around the world and an efficiency advantage over most of its competitors.

The market hasn't given SunPower much credit for its industry-leading position, in large part because the cutthroat nature of solar in the past decade has made it difficult to generate sustainable profits. But a lot of stocks we brag about started as money-losing endeavors that came to dominate a booming industry. Solar energy has potential that makes revenue in markets like streaming video, hotel booking, and even social media look small, and SunPower has the potential to be one of the biggest winners in the industry over the long term.

Bringing restaurants into the 21st century

Brian Feroldi (Grubhub): Modern consumers are pressed for time like never before. As a result, they're increasingly willing to pay a premium to have enjoyable food brought straight to their doors.

To meet that growing demand, restaurants everywhere are getting into the food-delivery business. However, they often lack the technical expertise to market to digital-age consumers. As a result, they're increasingly turning to Grubhub for help.

Grubhub is a leading provider of food pick-up and delivery service. More than 75,000 restaurants in over 1,300 U.S. cities are in the company's network, which makes it the go-to place for hungry patrons. In response, restaurants that want in on the action have little choice but to partner with Grubhub. That's creating a double-sided network effect that potential competitors will find tough to beat.

What's exciting about Grubhub is that the company has already proved that its economic model works. All of Grubhub's key engagement metrics are moving in the right direction -- active diners, daily average grubs, restaurant count, and so on -- and its financial metrics are following suit. Revenue and profit -- yes, profit -- are growing quickly as more users flock to the platform.

Looking ahead, Wall Street expects Grubhub's profits to grow 25% annually over the next five years. While Grubhub's stock is expensive -- shares currently trade for 47 times next year's earnings estimates -- I can't help thinking this stock could turn into a generational investment.